In this interview with JOHN CHARLES, the lawmaker, representing the Benue North-West senatorial district, Senator Orker Jev, speaks about the six-week ultimatum the opposition Senators gave the President, Major General Muhammadu Buhari (retd.), to tackle insecurity in the country and other issues

In the build up to the 2023 general elections, you declined to seek re-election, which paved the way for Benue State Governor, Samuel Ortom, to emerge as senatorial candidate unopposed. Were you afraid of the governor?

In fairness, let me say I am one of the luckiest politicians around. I have won five elections in my life. The first was my election into the state Assembly during the late General Sanni Abacha’s transition; we were not inaugurated but I won the election. Then, I won election thrice to the House of Representatives and now the Senate, making it five times.

So I count myself very lucky because I know how some people struggled to win one election and never got to win it.

If you understand the political landscape of Benue State, we emphasised fairness.

In our local parlance, it is known as ‘eat and give your brother’.

So, in the Benue North West, known as Zone B, there are two geo-political zones; the Jemgba and Minda axis.

So, in my estimation and the way I do my own things, I think it is unfair to say I want to continue. Though some politicians may insist on continuing until they are eased out, I don’t want my own case to be like that.

So, the second month after our inauguration in 2019, I told the governor that I would not be seeking re-election to the Senate. The governor asked me why, but I told him it was for fairness and that by 2023 it would be his turn. The governor, however, declined, saying that God had not spoken to him about it. But I told him that if he eventually decided not to contest, I would still not change my position. So, I told him that I was doing it in the spirit of fairness.

And a lot of people around him never believed me. They said that I was only trying to trick the governor, so I would pounce on him at the appropriate time.

At one point, the major opposition party in the state reached out to me and said that I should contest on their platform, saying that they knew that I would not get the nomination in the Peoples Democratic Party because of the governor’s factor, but I declined.

Basically, to answer your question directly, I thought it was fair that after 16 years the Jemgba occupied the senatorial seat, it should go to the other side, Minda.

Like you rightly said, in the spirit of fairness, why can’t this spirit prevail and the governorship seat rotate to Benue South senatorial district, known as Zone C, the Idoma?

Why not? I would take it if it was left to me and I had the power, but this one was within my power to take the decision and I took it. That is to show that I value fairness. When it comes to that matter, it is beyond me.

You see, at the last PDP governorship primary at the Aper Aku stadium, you will discover that the people of Zone C did not vote for their candidate.

Sometimes, certain things are beyond you. It is not for me to go and insist that this should happen. But I think we will get to a stage one day when such a thing will happen.

But for now, the average politician has their own calculation of some of these things. I don’t want to hold a forte or condemn anybody. If it is within my capacity to make a decision, I will take it just like I took it in the aforementioned.

It will interest you to know that a lot of people from the Minda axis who are supposed to benefit from my decision reached out to me to hold on to the senatorial position until they are ready, but I declined. So that is how politics is done. People talk about their own interests, but as for me, I have no apology for the decision I took. Any decision I take on what I stand for, I have no regret.

In 2019, when you defeated Senator George Akume, you did not allow the victory to overwhelm you as you declared that you remain Akume’s boy, but today you are close to the State Governor, Samuel Ortom. How do you strike a balance between Akume and Ortom?

From the first day I joined politics, I resisted the issue of godfatherism. I have leaders and I give them all their dues, but the idea of a godfather I abhor because I have read so much about and I see it is not a positive phenomenon.

Even now, I am dissuading my people not to abuse anybody on social media, especially my leader, Senator Akume. I started politics with him (Akume) during the Abacha transition programme when I contested a House of Assembly seat and he wanted to be governor until we parted ways around 2017.

ALSO READ  Nigerians do not panic, says IPMAN, speaks on scarcity of Kerosene

I did politics with him, we had our differences, and I left him and crossed over to the governor. The truth is that no relationship is perfect, even between husband and wife, but the good news is that whenever I have an issue with him (Ortom), he is very approachable, and I express my point of view, and we resolve the issue; unfortunately, I cannot say the same for the other.

Opposition Senators slammed six weeks’ warning on the President, Major General Muhammadu Buhari (retd.) to tackle the security situation in the country or face impeachment. Was it an empty threat?

Well, that day, we went into executive session. I think only one person among all the senators present objected to the impeachment.

Almost everyone, regardless of party affiliation, was dissatisfied with the state of the country.

So, the whole thing was driving home to everyone, and we have some people who have been core supporters of the President for the past three years or so, not just the APC but hard core supporters, as I always cite Senator Bokachua, who is still a member of the APC as we speak. But the assault on the capital territory is a tipping point for everybody, including the hard-core supporters of Mr. President.

Of course, several other issues were discovered, but that was the core issue. So the insecurity has reached the stage that the APC senators can no longer come out to defend the president.

For instance, when I appeared on Channels TV, the anchor of the programme told me that to balance it, he had invited an APC senator but none of them came to defend the president on the programme.

So also, I was invited to a programme at Radio Nigeria. As I prepared to honour the invitation, I saw a text message from the anchor that they were calling off the programme because there were efforts to get another senator from the other side but nobody was ready to come.

Nobody is happy with what is happening in the country and no one is ready to stake his neck to defend what is indefensible. Some of us, even as opposition people, don’t seriously expect that the President will be impeached, but like a Tiv proverb, which translates to ‘there is no decent way of crying.’ So it was our cry to the President to do something about insecurity.

So, let us hope that in those six weeks he will wake up because I heard what the spokesman for the president said which is very unfortunate. They think their job is to come and defend what is indefensible.

The other time, one of the spokesmen was on air calling senators anarchists for doing our constitutional duty instead of focusing on why we raised that issue, and what we said was that insecurity has gotten out of hand.

Have they forgotten that the man said he was coming to solve insecurity problems and was given the opportunity to address the bare minimum of what he promised, but he was unable to do so, and you are saying that no president can solve his country’s problems?

In other climes, Governor Samuel Ortom should have been applauded for sounding the alarm earlier than now that it would not be a surprise if one day these bandits entered the villa.

Rather, he (Ortom) was abused and called names by the Presidency, and this is the situation we are in today. These people are so daring and have threatened to kidnap the President. They once attacked the convoy of the President, the most protected man in the country today.

In the event that he (Mr. President) refuses to wake up, what is going to happen?

Let me tell you that impeachment is the only option we are seriously considering. I am talking from my vantage point, although some of us are expecting him to sit up. Whether it succeeds or not, this is a constitutional matter. Our constitution provides for impeachment. CONTINUE READING………… 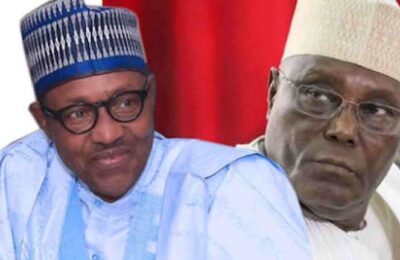 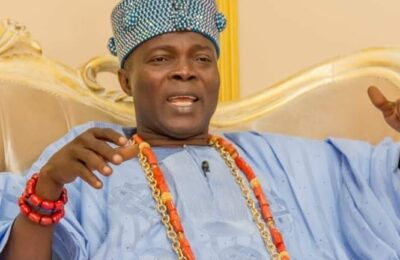 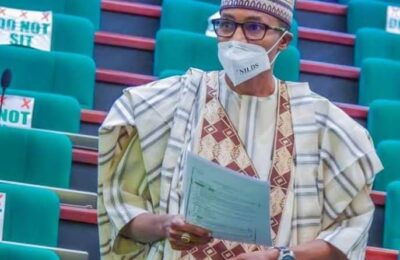