VAM news has gathered that Lagos and Ogun police command have condemned a viral video alleging that there was an attack on Ogijo police station.

The Ogun State police command has debunked reports in a viral video alleging an attack on its facility in the Ogijo area.

In a statement by the command’s spokesperson, DSP Abimbola Oyeyemi, it said the video being circulated was not of Ogijo Divisional Headquarters.

“The unfortunate incident did not happen in Ogun State. Ogijo Police Station is intact and not under any form of attack,” Oyeyemi said.

He said the video in circulation was a robbery incident that happened in Osun State where a bank and a police station were attacked by armed robbers.

“The command hereby advises members of the public to disregard the information that the incident happened in Ogijo, as such never happened anywhere in Ogun State,” he added.

ALSO READ  Buhari to storm Lagos ‘ahead of June 12 protest’

Also the Lagos State Police Command has refuted alleged claims of an attack on its facility in the Ikorodu area.

According to the Lagos State Police Public Relations Officer (PPRO), CSP Olumuyiwa Adejobi, there was no attack on Ikorodu Police Station, Igbogbo, Lagos State or any of its formations.

“There is no Ogijo Police Station in the state command but in Ogun State, and the same station, Ogijo, was never attacked as speculated in the news. The video in circulation was a portion of the scene of the recent bank robbery attack in Ikire, Osun State,” he said.

The Lagos State Police Command, therefore, urged the public to dismiss the viral video as fake and mischievous, adding that the command remains committed to providing adequate security in Lagos State.

Meanwhile, the command commenced investigation into Tuesday’s killing of a suspected kidnapper and burning of a Golf car at Mulero Bus Stop, Agege, Lagos, at about 8 a.m.

Police operatives attached to Elere Division of the command, said upon a distress call of some suspected kidnappers being mobbed at the bus stop, by Omotoye Estate, its men moved to the scene where a white Golf car and a male suspect had already been set ablaze.

According to CSP Olumuyiwa, the police operatives moved in to rescue the other male suspect who had been injured severally with a machete by an angry mob.

“In the bid to rescue the other male suspect, the agitated crowd also attacked the policemen. The suspect was subsequently rescued and taken to hospital for treatment,” he said.

Also, the Lagos State Commissioner of Police, Hakeem Odumosu, condemned the act of jungle justice and called for a discreet investigation into the case.

He promised to tackle such inhumane acts.

TAGLagos State Ogijo Ogun state police station attack
Previous PostBenue Massacre: Buhari Replies Ortom Allegation, "I Cannot Say Am Not One Of Them, But......" Next PostFinally, Buhari Features In A Live Broadcast Programme, Discuss Problems Facing Nigeria His Aiming Solutions To Tackle Them 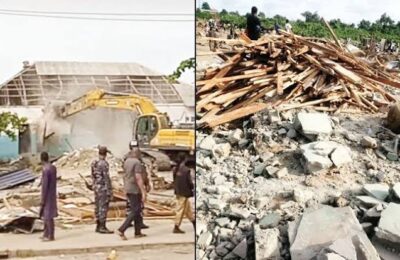 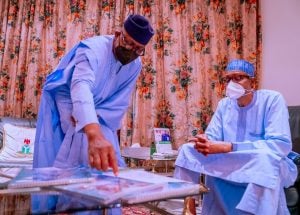 Ogun: Gov Abiodun Get Knocks For Taking Photos To Buhari In Abuja 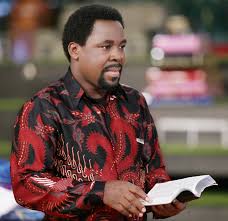 TB Joshua To Be Buried In Lagos State As Family Announces Date, other Arrangements