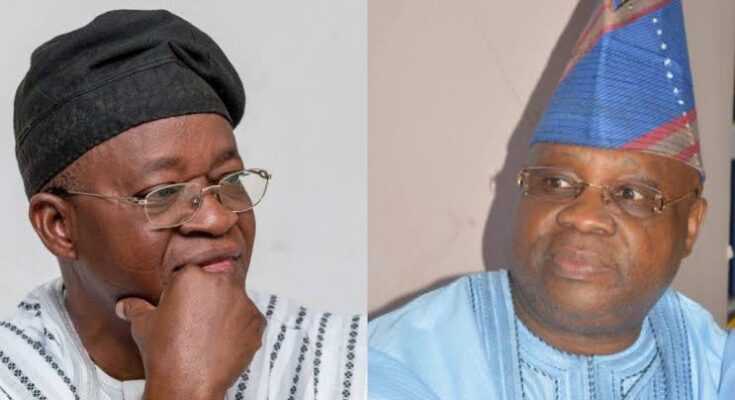 There was a mild drama at the sitting of the Osun State Election Petition Tribunal on Thursday, as the Independent National Electoral Commission (INEC) produced blank documents as the Secondary School Certificate and Testimonial of the newly sworn-in Governor of the State, Ademola Adeleke of the Peoples Democratic Party (PDP).

This is just as the tribunal threatened to invoke its Coercive Power on INEC if it fails to produce a clear and legible documents on Saturday December 3, 2022.

The tribunal during its last sitting had ordered the Chief National Electoral Commissioner of INEC to produce Adeleke’s Nomination Form and credentials used in the Osun 2018 governorship election.

The order followed the failure of the electoral body to comply with the first order to produce the documents on the ground that it was not in the custody of the Osun Resident Electoral Commissioner who was subpoeaned to produce same.

At the resumed hearing of the petition on Thursday, one Mrs Joan Arams, who represented INEC produced the said blank documents.

While perusing the documents, counsel to Mr Adegboyega Oyetola and the APC, Chief Lateef Fagbemi (SAN) informed the tribunal that the pages containing the Secondary School Certificate and Testimonial of Adeleke were not legible at all.

He said: “The first document in question has the heading ‘West Africa Examination Council, General Certificate in Education’. Apart from the heading, all the contents therein are blank. The second one is the School Testimonial of Ede Muslim Grammar School and the contents there too are not legible.

“My Lords, before the INEC can be discharged, we must be clear that the appropriate documents have been produced,” Fagbemi stressed.

When called by the tribunal for his reaction, Counsel to INEC, Professor Paul Ananaba, SAN said, since the documents had been produced, the INEC representative should be asked to leave.

Pressed further on the said unclear certificate of Adeleke, Ananaba said he was not a witness in the matter and could not speak on the said documents.

Counsel for Adeleke, Onyeachi Ikpeazu, SAN also agreed that the secondary school certificate of his client was not clear to read, saying, “I can confirm truly that the documents is faint.”

He then argued that since the petitioners already had a copy of the certificate, the witness whose testimony was based on the said documents should be called to make use of the one in the petitioners’ custody.

Also, counsel for PDP, Alex Izinyon (SAN) argued that the documents, though faint, could still be admitted in evidence and the petitioners would make reference to it in their final address.

Responding again, Fagbemi said, “My Lord, if somebody writes exams, his scores will be in the result, in this one being produced here, those scores are not showing.

“Before your Lordships adjourned the last time we came here, we had the understanding that somebody will produce a clean and legible documents and that was why the respondents pleaded that we come today.

“Now, they are saying we should manage this one. We are not managing, afterall, we have paid N305,000 for the production of the documents.

“For instance, my Lords, my learned friends are saying they can see Ede Grammar School on the testimonial, but the address underneath is not showing. My Lords need to see all these, because they are very germane to our case,” Fagbemi argued.

While ruling on the arguments of the counsel, the tribunal contended that the said certificate of Adeleke was truly blank, saying neither the name of the writer of the exam nor the result was showing on the said documents.

The tribunal Chairman said: ” We have also looked at the said documents. The document headed and quote: West African Examinations Council does not contain the name of the person who took the examination. The subjects engrained and contained there, those material facts are blank and vacant, the evidential value of the said documents will be difficult to determine in the event that the document is put in evidence.

“Similarly, the location of Ede Muslim Grammar School quote and unquote doesn’t appear in the said document. So, the first respondent has not complied in full with the order of this tribunal in producing the document legible enough for the purposes of evidence of the witness whose evidence is dependent on the said documents”, the panel ruled.

It was after the ruling that the Counsel for INEC pleaded that the tribunal could stand down the case for one hour for a clearer documents in question to be produced.

Returning from the break, counsel for INEC told the tribunal that despite the efforts made, his client could not get a clearer certificate of Adeleke in his custody, saying the only way forward was to bring the original file containing the documents in question.

He then appealed that if the Petitioners have a better copy, they should produce it and it will not be objected to.

Counsel for Adeleke and PDP, respectively said, the “INEC can’t give what they don’t have” saying what they produce was the best they had.

In line with his arguments, the tribunal asked the INEC counsel to choose a date not beyond Saturday, December 3 for the production of the file containing the documents or a clearer documents in question.

The panel again was forced to stand down for another 10 minutes for the INEC counsel to make contact and give a date that the clearer documents would be produced.

When the panel returned, the INEC counsel then applied for adjournment till Wednesday 7th December to bring the documents in question to which he said he was ready to lose one day of his day during defence.

While ruling, the tribunal described the application for adjournment as unfortunate, saying “the case is reluctantly adjourned to 3rd December, 2022 for the production of eligible copies of the pages of the said documents, failing which coercive power of this tribunal will be invoked. 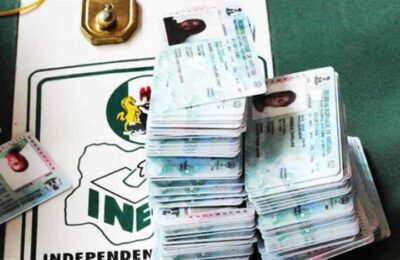 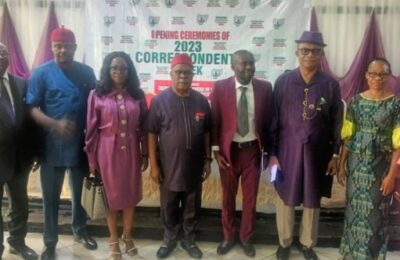 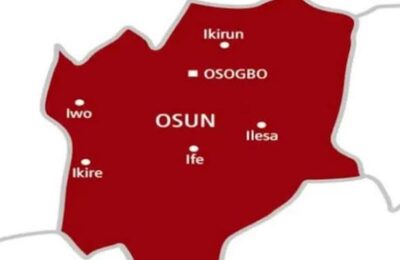 INEC engages police officers on preparatory to 2023 Elections in Osun