Home Local News A Must Read: Are Amotekun and Ebubeagu comatose? 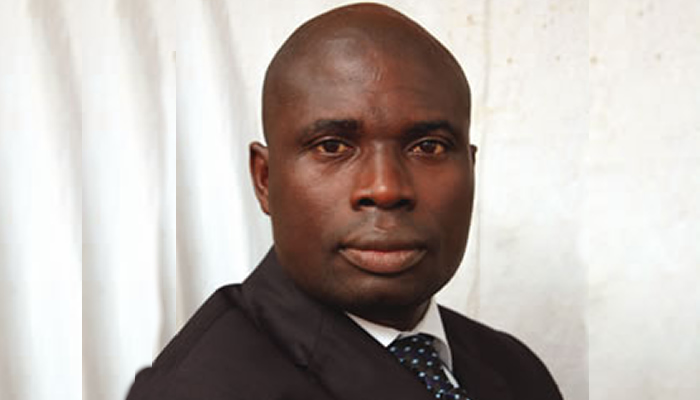 A Must Read: Are Amotekun and Ebubeagu comatose?

Kidnapping continues to be reported in the South-West despite the creation of the security outfit named Amotekun. Then came that recent video on social media about farm crops worth millions of naira claimed to have been destroyed by herders in the Ezeagu community, Enugu State. These occurrences, therefore, draw a question: Amotekun security outfit for the South-West and Ebubeagu for the South-East; are they making any difference or they’re comatose?

This question is relevant because, one, we have a pattern of hammering on problems rather than solutions. We establish security outfits to curb criminality, yet the public conversation is still largely about how ‘the other tribe’ wants to take our “patch of territory.” Two, we regularly set up entities as solutions to a challenge, but they swiftly become comatose, lost in bureaucracy and the original purpose is unachieved. It’s a pattern, the reason we put more men in different kinds of uniforms but insecurity persists. One cause is that with each new solution proffered the usual shenanigan sets in. Top public officials see an opportunity to play with public funds allocated to the solution, as the 13% derivation oil fund looted in the office of the suspended Accountant-General, Ahmed Idris, shows.

There’s as well the practice among the rank and file, particularly in security outfits, to seek to be posted to juicy locations such as major cities where they follow politicians around. Against the backdrop of such collective experience, one needs to ask whether or not the same pattern has crept into Amotekun and Ebubeagu. If it has happened then they’ve gone comatose, the purpose for establishing them defeated.

We can’t afford to forget the reasons these security outfits are established. The first is the need for state governors to have security outfits they can quickly deploy to deal with local situations that they know more than Abuja does. This argument is central to the agitation for the devolution of power. State governors say, as chief security officers, they have no power to give an order over security challenges in their domains. They say the police don’t have enough manpower to cover remote communities and this is reflected in the ease with which criminal elements attack and escape. There are many more reasons given by state governors.

I think the reasons aren’t limited to what state governors say. For me, establishing these outfits at the sub-national level is an opportunity to achieve other purposes. It’s a chance, for instance, to show how security outfits should be run. It’s an opportunity to show how their operations should be conducted so effectively that crimes that are common now become a rarity. These sub-national security outfits should become models, a demonstration of what best international practice is.

I state the foregoing because the Federal Government-owned security entities seem to have slipped into some kind of cul-de-sac and there doesn’t seem to be the will to drag them out of it. We see this in how each security chief arrives in office, makes “no business as usual” pronouncement but business as usual continues. We’ve heard various criticisms regarding the manner Federal Government-owned security outfits operate. Their challenges are numberless. Low morale, lack of needed equipment, poor working environment, logistical problems that hinder deployment of personnel to crime scenes in real-time and poor intelligence-driven operation are mentioned.

With these in focus, should we have security outfits at sub-national levels that aren’t any different from what the Federal Government has? If we do then establishing them is meaningless. As such there’s a need for the founders of sub-national security outfits to take note of what currently doesn’t work well and provide an alternative. From the outset, my concern regarding the establishment of sub-national security outfits is that they may slide into the same comatose we attribute to the existing ones. It’s comatose when there’s no effective presence of security operatives in remote parts of a state, a phenomenon that obtains regarding Federal Government-owned police.

Sometimes this is the case because there are inadequate welfare and operational facilities, there are not enough personnel to go round and the rank and file seeks to be in the city rather than in remote places. It’s one reason ungoverned spaces are taken over by criminal elements. Ungoverned spaces are mostly where we hear of herds destroying farm crops unhindered and loss of lives is recorded. They’re where kidnappers have hideouts, the places where teenagers become bandits and demand payment of tributes before farmers are permitted to go to their farms.

It’s comatose when the police deploy more personnel to duties other than protection of the local populace. We see about 12 police officers in the convoy of one politician. More are posted to watch public institutions. Others guard the residences of current and retired public officers. The police accompany banks’ bullion vans. I understand insurers won’t honour obligations if the police aren’t involved in the movement of money in and out of banks. In the end, as one public figure asserts recently, over 70% of police personnel are involved in duties not directly connected to the protection of lives and property of the masses. It’s comatose, the worst imaginable scenario possible in the security architecture of any nation.

It’s comatose when the police operate largely without intelligence information. In fact, at the local station level, there’s nothing close to intelligence gathering going on; anything called investigation often ends up in money exchanging hands between the officers in charge of ‘investigation’ and the citizens involved. In this event, illegal detention is common and this facilitates extortion of citizens as is widely found in news reports. It’s comatose when the police lack needed facilities, operational vehicles and the welfare of its personnel is poor. One wonders if any of these is already happening to Amotekun and Ebubeagu.

It’s a legitimate concern in the face of a few occurrences in the southern states where kidnappings continue. There was that latest attack this month in Ondo State. The same Ondo State had been in the news not long ago over killings that happened in a church. That attack was attributed to ‘the other tribe’ by some even though official investigation suggests otherwise. This is what you get when the fixation is about “who did what?” rather than the solutions meant to stop whoever. I ask: how does ‘the other tribe’ narrative solve the problem?

At this stage, public conversation around security issues in the South-West and South-East shouldn’t follow a trajectory of who carried out what attack and which tribe is to blame. It’s pedestrian, rather demeaning for the South with all its brilliant minds. Discourse should have moved on with the creation of Amotekun and Ebubeagu. The focus should be on how to bring the force of the government to bear on criminals. Discourse should centre around the sub-national security outfits created and the best strategy to make them achieve what the previous security arrangement couldn’t.

I don’t think finger-pointing as to who attacked who in the South-West and South-East should continue. If it does, then what’s the essence of seeking the permission of the President to establish Amotekun and Ebubeagu? Approval has been given; the next issue should be what the founders have made out of these outfits. From now on, I expect a conversation around how to introduce best international practices in security matters. Discourse should be how state governments can identify what the current national security architecture lacks and how to introduce them. I refer to first-class professional training for operatives, systematic and intelligence-driven deployment of operatives, large-scale acquisition of transportation facilities, greater intelligence gathering, and acquisition of high-tech security apparatus—helicopters, drones, body gears, etc.

The conversation should be about how best to take control of ungoverned spaces and make them uninhabitable for criminals. The South can’t create their own security outfits yet continues to be fixated on the perpetrators of crimes, a phenomenon that inevitably ends in the demonisation of ‘the other tribe’ and nothing more. It’s a distraction. Petty. It should stop. The reality is that there would always be criminal elements either from my tribe or the other tribe. What the South-West and South-East states do to curb their activity is the intelligent next line of action. This should be the focus of the governors concerned. CONTINUE READING……………………. 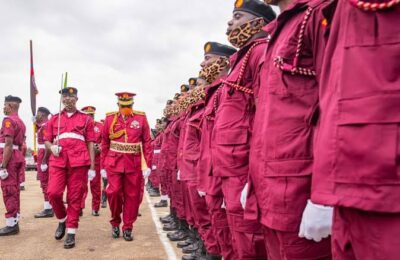 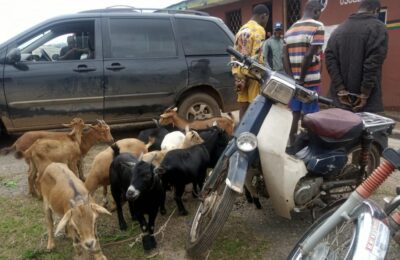