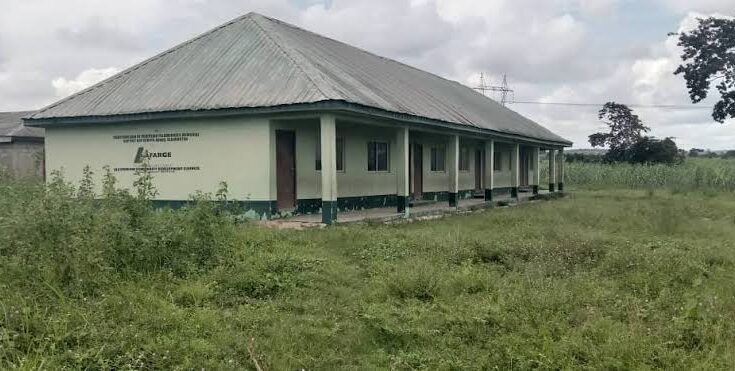 The robbers, who invaded the school at midnight, broke in through the ceiling and found their way to the classrooms.

They stole chairs, tables, the school bell, a wall clock, and some books.

The school, comprising three blocks of classrooms housing over 40 pupils in different classes ranging from primary one to five, is located between Elebute and Alaaguntan areas in the local government.

A resident in the area who requested not to be named said that Lafarge Plc built the school and handed it over to the state government.

Abdulwaheed Onigbinde, the village head of Elebute community, confirmed the attack on the school.

“I was informed that some robbers invaded the school and carted away chairs. We will need to report the case to Lafarge before going to the police station because it was the company that built the school,” Mr Onigbinde said.

One of the teachers said they got to the school and discovered that the ceiling was broken and some of the school properties were missing.

“We were all surprised and wondered what could have happened. Till this moment, we have not gotten anybody in connection with it, we suspected that it will be robbers,” the teacher, who requested to remain anonymous because she was not authorised to speak to the media about the incident, said.

“We have informed Lafarge and I think the management has started an investigation.”

The police spokesperson in the state, Opeyemi Abimbola, said the police are not aware of the attack but will begin investigation.

Reasons why Court nullified all PDP primaries in Ogun 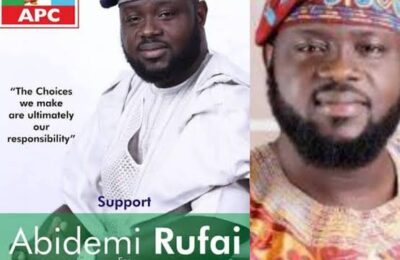 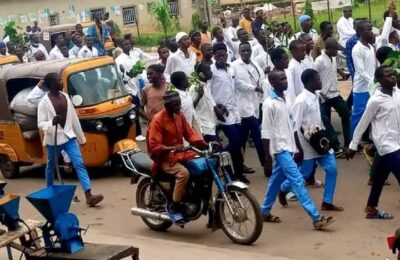 Uprising as Students protest separation of Boys, Girls in school