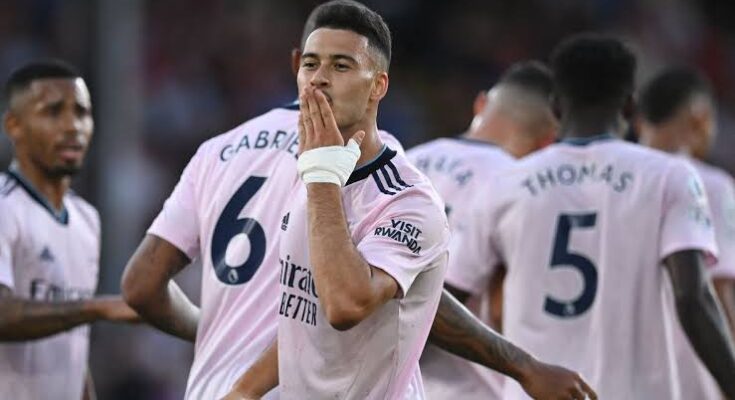 The Gunners opened their Premier League campaign with a win over 2-0 win over Patrick Vieiras men.

The feeling amongst Arsenal fans was positive as the Gunners went into their opening league game of the season. Mikel Arteta’s men had given their fans something to look forward to after winning six of their seven games in pre-season.

With pre-season done, the Gunners have carried the good form into the new Premier League season as Arteta’s men kicked off their campaign with a 2-0 win over Palace at Selhurst Park.

Gabriel Martinelli put the away side in the 20th minute, heading home from close range after a header from Zinchenko. Although Palace gave the match a fight, an own goal from their captain Marc Guehi sealed the three points for Arteta’s men.

Following the win, Arsenal fans could not hide their excitement, with praises for William Saliba, who finally made his debut two years after signing.

Other fans praised the team as a whole, with some even pointing out the fact that they are currently top of the table.

Jesus incurs the wrath of FPL managers
However, while Arsenal fans celebrated, rival fans could not hide their disgust for Gabriel Jesus. Jesus, a summer arrival from Manchester City, was the most picked player in the Fantasy Premier League for the opening week.

However, the Brazil international fired blanks despite playing for 83 minutes on the pitch. His performance did not please a lot of FPL managers, who took to their social media accounts to criticise the former Man City star.

Jesus will have a chance to get on the good side of FPL managers when Arsenal host Leicester City next weekend. 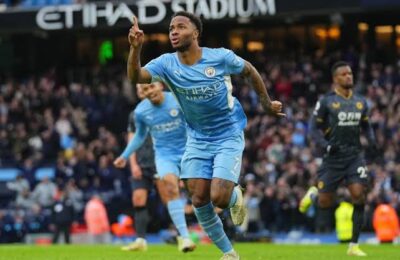