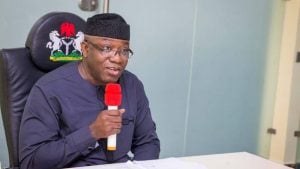 Ekiti state governor, Kayode Fayemi has terminated the appointment of his political aides with effect from July 31.

The termination is contained in a memo signed by Foluso Daramola, the Secretary to the State Government on Sunday in Ado-Ekiti, Ekiti.

”The termination is pursuant to the Ekiti state transition law,” Mr Daramola said in the memo.

He said the action was also to ensure payment of entitlements of the political office holders and their terminal benefits.

”The action will pave way for the state government to process all outstanding allowances to the affected officials.

“This is to ensure smooth transition from the incumbent administration to the new government.

“A Transition Committee was constituted to among others, evolve strategies for a smooth transition from the incumbent to the incoming government.

“One of the duties of the committee, in line with Ekiti State Transition Law, is to ensure the payment of entitlements of political office holders including their terminal benefits.”

ALSO READ  Why I will win APC 2023 presidential ticket– Fayemi

The Governor-elect of Ekiti, Biodun Oyebanji, candidate of the All Progressives Congress APC, was declared winner of the governorship election by the Independent National Electoral Commission (INEC) on June 19.

Mr Oyebanji polled 187,057 votes to win the election and was declared winner by Oyebode Adebowale, the INEC returning officer, having satisfied the requirements of the law.

He defeated his closest contender and former governor, Segun Oni, of the Social Democratic Party (SDP) candidate, who scored 82, 211, to come second.

At the end of collation of total votes, Mr Oyebanji won his opponents in 15 of the 16 local government areas of the state, an unarguably 94 per cent of the state by majority, while Mr Kolawole of the Peoples Democratic Party, PDP won in only one local government, which is Efon Alaye Local Government Area.
(NAN) 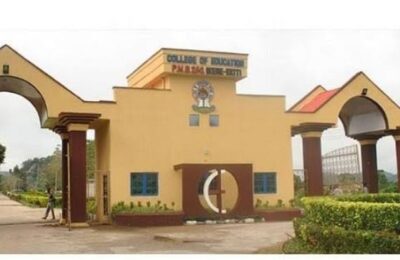 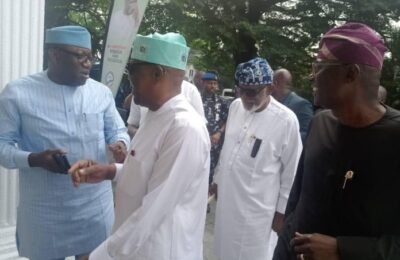 PDP crisis gets messier as Sanwo-Olu, other APC Govs in a close door meeting with Wike