Home Politics Okowa: It would have been disservice to turn down nomination to be Atiku’s running mate 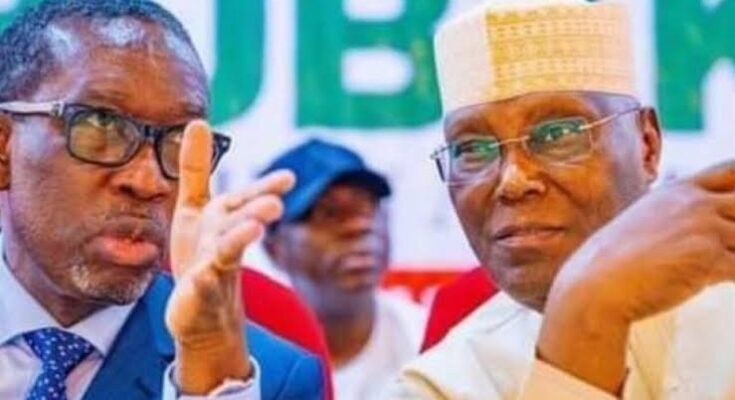 Okowa: It would have been disservice to turn down nomination to be Atiku’s running mate

Delta State Governor, Ifeanyi Okowa has said it would have been a disservice on his part to turn down nomination to be Atiku Abubakar’s running mate.

He was responding to insinuations that he betrayed the South by accepting to be Atiku’s running mate.

According to Okowa, “It would have been a disservice on my part to have turned down the Vice President nomination. I am a party man.

“The only decision I can make at this point in time is to support my party at. I am much confidence that the PDP has a role to play in rescuing this nation. the decision I took is in the interet of the majority of our people in PDP.”

On agitation by the Southeast to produce the next president, Okowa said there is no doubt that the South East has a right of agitation.

“I do believe that the issues are there and these are issues that must be discussed and must be taken into consideration as we move into the future but in making request, we must also realise that we are in a democratic process.

”And in democratic process, it is not just enough to be able to push for something and slack back, as you push and continue to push, it may not come at the time you want it and it stayed on he table and at a psrticular point in time, obviously it will come.

ALSO READ  Osun Guber: How I Was Rigged Out In 2018 PDP Primary – Akin Ogunbiyi