Home National Buhari: Why Nnamdi Kanu may not get bail again 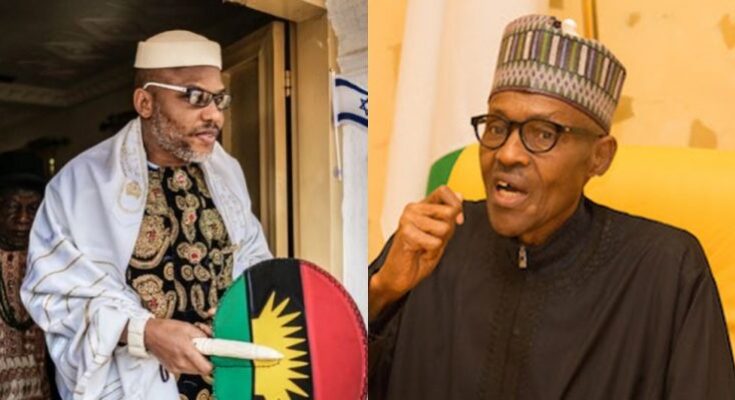 Buhari: Why Nnamdi Kanu may not get bail again

President Muhammadu Buhari has given reason why leader of the proscribed Indigenous Peoples of Biafra (IPOB), Nnamdi Kanu may not get bail again.

The president said since Kanu jumped bail initially before he was later re-arrested, he might not get bail again.

On Kanu not being allowed to see his lawyers privately, the President dispelled such insinuation, saying the detained separatist was being given every opportunity under the law “to justify all the uncomplimentary things he had been saying against Nigeria in Britain.”

Buhari said: “He felt very safe in Britain, and said awful things against Nigeria. We eventually got him when he stepped out of the United Kingdom, and we sent him to court.

”Let him defend all that he has said there. His lawyers have access to him. Remember he jumped bail before, how are we sure he won’t do it again, if he’s admitted to bail?”

On the keenness expressed by the PM to help Nigeria in the area of security, the President said helping to stabilize Libya could be an initial good step, as the fall of Muammar Gadaffi after 42 years in power unleashed his armed guards on countries in the Sahel, “and they are causing havoc everywhere, as the only thing they know how to do is to shoot guns.” CONTINUE READING……

TAGNnamdi Kanu President Muhammadu Buhari
Previous PostOkowa: It would have been disservice to turn down nomination to be Atiku’s running mate Next PostMovie Review: Watcher (2022) 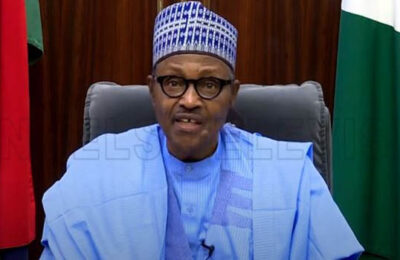 Insecurity: Buhari has failed to back his words with action— APC lawmaker 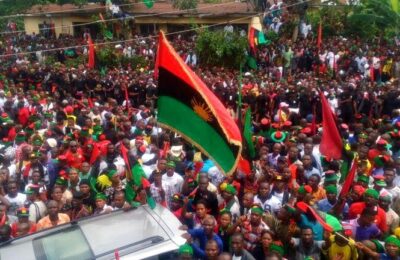