The Ambrose Alli University chapter of the Academic Staff Union of Universities has filed a suit at the Industrial Court of Nigeria sitting in Benin, Edo State capital, against the management of the institution over what it termed as the selective payments of January and February 2022 salaries of workers.

In the suit numbered NICN/BEN/04/2022, dated June 22, 2022, the AAU chapter of the ASUU accused the management of the institution of contempt of court orders of February 2 and May 17, 2022, mandating the payment of January and February 2022 salaries of some members of ASUU, who were aggrieved by the biometric verification exercise.

The plaintiffs in the suit, alongside ASUU, were the Chairman, ASUU, AAU Ekpoma chapter, Dr. Cyril Onogbosele, and the Assistant Secretary, Dr. William Odion, against six defendants in the suit including the acting Vice-Chancellor of the university, Prof. Asomwan Adagbonyin, and the acting Registrar, Mr. Ambrose Odiase.

Counsel to the claimants, Abayomi Thomas, in the suit, cited, ‘‘Motion on notice brought pursuant to Order 63, Rules 5 (1), 5(3), and 6 of the National Industrial Court Rules 2017,’’ and sought the intervention of the court to institute contempt proceedings against the management and subsequent reliefs to be granted to the plaintiffs as deemed fit by the court.

Recently, the AAU branch of ASUU and the management of the state-owned university have been at loggerheads over the suspension of union activities by the latter.

The PUNCH had reported that the Edo State Government at its State Executive Council meeting on June 8, 2022, suspended all union activities across all state-owned institutions of higher learning, which was swiftly contested in court by ASUU.

The plaintiffs, Dr. Cyril Onogbosele and Dr. William Odion had asked the court to determine whether the state government and other defendants in the suit had the power under section 40 of the Constitution and section 35(3) of the Trade Unions Act, to suspend or prohibit trade union activities in AAU.

The claimants, therefore, urged the court to declare the ban as “unconstitutional, illegal, null and void and same is ultra vires the powers of the defendants.” CONTINUE READING…….. 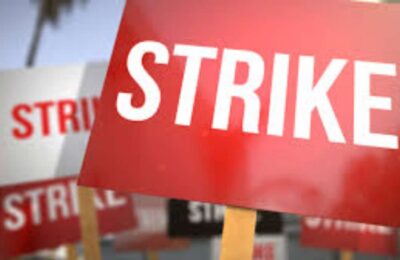 ASUU to FG: We’re not beggars, hunger won’t force us to resume