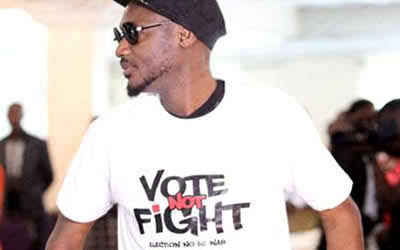 A Nigerian iconic singer, Innocent Idibia, popularly known as 2baba, on Wednesday, had separate audiences with candidates of the three major political parties participating in the July 16th Osun governorship election to warn their supporters against political acrimony, bitterness, and bickering during the conduct of the exercise.

The three candidates, Dr Akin Ogunbiyi of the Accord Party, Governor Adegboyega Oyetola of the All Progressives Congress, and Senator Ademola Adeleke of the Peoples Democratic Party were made to sign a peace pact, that would make them uphold peace before, during and after the election.

The trio who were met differently in their offices in Osogbo, the state capital and Ede, were reminded that, free and fair election could only be conducted in the atmosphere of peace.

The Hip- Pop singer who stormed the state with his campaign team with campaign slogan that read: ‘Vote Not Fight’  during election, appealed to the three candidates to educate their followers on roles of peaceful expression in any contest.

He told each candidates that, “We are hopeful that as a man of peace, you will make a commitment to run a peaceful campaign and encourage your supporters to be peaceful before. during and after the Osun governorship election.

“The campaign was implemented by The New Generation for Girls and Women Development Initiative, Justice, Development and Peace Maker Center, with the support from National Democratic Institute and the United States Agency for International Development, in collaboration with the 2Face Idibia Foundation.

In Ede, the home of Senator Adeleke, 2baba appeals to him to educate his followers on the negative effect of hate speech and electoral violence that could set peaceful atmosphere on fire.

“We call on you to amplify the VNF and Stop-VAWIP campaigns by speaking out frequently against youth-incited/perpetrated violence, hate speech, vote buying and electoral violence targeted at women.”

At the end of the meeting, Governor Oyetola signed a peace pact and reiterated his commitment to a free, fair and violent-free election. 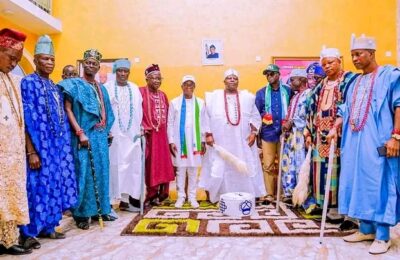 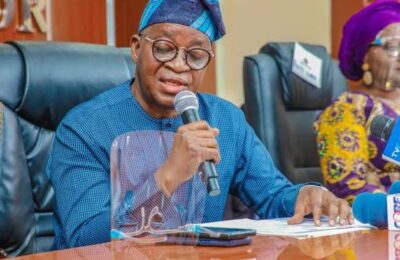