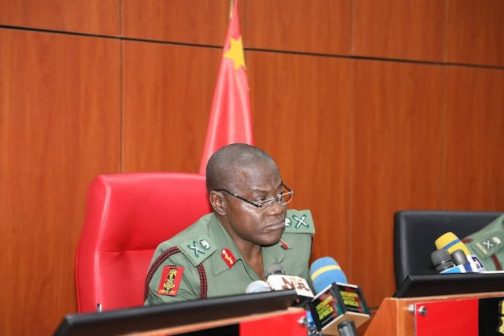 Vice President Yemi Osinbajo, on Wednesday, called on West African countries to improve their levels of cooperation to better address problems of healthcare access and out-of-school children, among other human development indices.

Osinbajo said this at the Presidential Villa, Abuja, when he received the Prime Minister of Guinea-Bissau, Mr Nuno Nabiam, ahead of Thursday’s ECOWAS Integrated Regional Human Capital Development forum hosted by the National Economic Council.

According to a statement signed late Wednesday by the Senior Special Assistant to the Vice President on Media and Publicity, Laolu Akande, the Vice President thanked Mr Nabiam for honouring the invitation to attend the conference, saying, “The Human Capital Development meeting is very important, it is an opportunity to share experience and help each other.”

Osinbajo noted that Nigeria’s “National Economic Council has done a lot of work on Human Capital Development, focusing on various challenges including questions around out of school and healthcare access” and would “significantly improve the human development indices in West Africa.”

He, however, acknowledged that the indices show that a lot more work still needed to be done.

Prof. Osinbajo commended President Umaro Embalo of Guinea Bissau for his strong support for Nigeria, describing him as a very good friend of the country and the President, Major General Muhammadu Buhari (retd.).

The Vice President noted that Guinea Bissau and President Embalo have always supported Nigeria internationally. He congratulated the country for recently warding off a coup détat and wished it well in all its endeavour.

ALSO READ  Osinbajo: If Given Opportunity To Be Nigeria President, I’ll Serve With All My Heart

The conference scheduled for Abuja on Thursday June 23, 2022, will have in attendance leaders in the public and private sectors across the ECOWAS sub-region, reviewing strategies on human capital development, while the launch of the integrated strategy document will be the highpoint of the event.

Other partners participating in the forum include the UK’s Foreign, Commonwealth and Development Office, the World Bank, Bill and Melinda Gates Foundation, and Aliko Dangote Foundation, among others.

“Nigeria’s HCD programme was launched in March 2018 by the National Economic Council. It conceptualized the HCD programme with the realization that human capital development plays a critical role in addressing poverty and ensures participatory and sustainable economic growth.”

“The goal of the National HCD Vision – which was launched at an extended meeting of NEC focused on the Human Capital Development in December 2018 – is for “Healthy, Educated and Productive Nigerians by the Year 2030”, with targets across three thematic areas; namely Health and Nutrition, Education and Labour Force Participation.

ALSO READ  Health Minister To Resident Doctors: End Your Strike And All Debts Will Be Settled 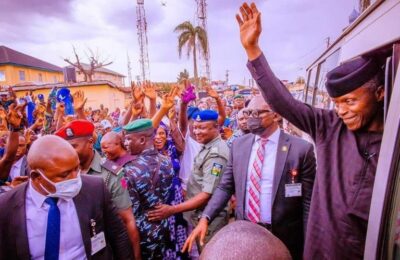 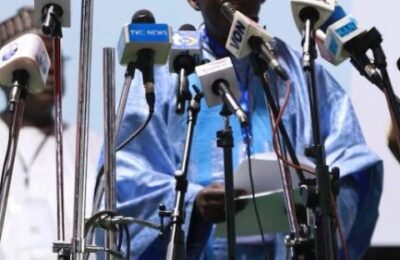