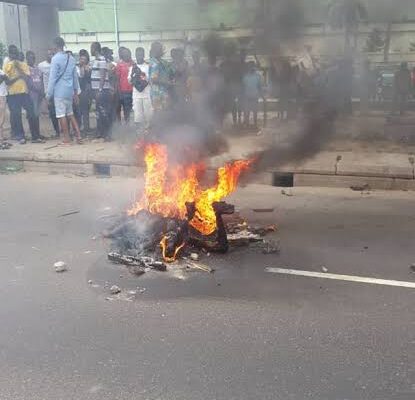 It was gathered that the incident happened at Ijokodo, Poly road in Ibadan North Local Government area of Oyo state.

Eye witnesses said the robbers were later chased and caught by the residents after they had successfully snatched the motorcycle.

One of the eye witnesses, Wasiu Adedoja, said they were beating to stupor before setting them ablaze.

Another eye witness, Anuoluwapo Olaopa said: “I am sure they were set ablaze because residents are aware that the robbers usually kill Okada riders whenever they snatch their motorcycle in our area. Though, I condemned the act of jungle justice but we cannot ignore the fact that many Okada riders have been killed by these heartless robbers.

“Just last month, a man on motorcycle was killed around same Ijokodo axis. It is now becoming a normal phenomenal in this area. I guess that is the reason they were set ablaze to serve as a deterrent to others. But government needs to create more awareness on effect of jungle justice because innocent could be a victim as well.” He stated.

When contacted for confirmation, the State Police Public Relations Officer, PPRO, Adewale Osifeso said investigation was ongoing and promised to provide more details after the investigation.

“Investigation is ongoing, you would be updated, please.” He added. 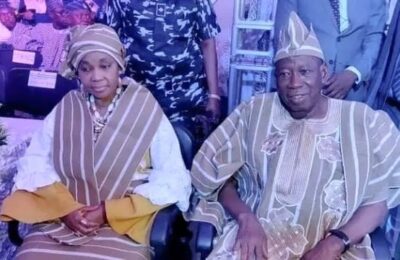 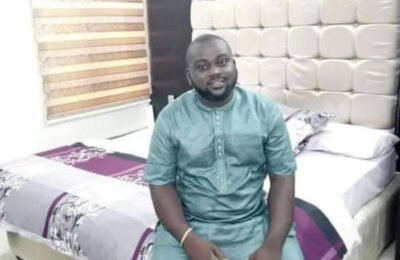 How Gunmen killed only son, one other after making withdrawals from Ibadan ATM