There was a pandemonium at Umuduruewuewuru, Umuezeala Nsu in the Ehime Mbano Local Government Area of Imo state on Monday morning after youths of the area razed the house of a 22-year-old suspected internet fraudster, Ifeanyi Osuji.

Osuji, who is now on the run, had allegedly defiled a 14-year-old girl, Amarachi Iwunze, in his newly built house on Sunday.

The teenager’s lifeless body was found in the suspect’s room, a source said.

Another source in the community told our correspondent that the suspect escaped after his mother had raised an alarm which attracted residents and indigenes to the scene.

The victim’s body stained with sperm was found in the suspect’s room in the house which had a gate and fence.

Our correspondent saw a video clip where the rampaging youths were destroying the house of the suspect while the compound raged in fire.

The Publicity Secretary of Umuezeala Nsu Youth Organization, Nathan Onyenehido, told our correspondent that the victim’s corpse was discovered in the suspect’s room on Sunday by his (suspect’s) mother.

“The ugly news came late hours of yesterday, when the mother of the suspect unlocked a room and found the dead body of little Amarachi lying lifeless. On raising the alarm, it was discovered that Ifeanyi Osuji, her son, is the suspect and the killer.

“When Ifeanyi Osuji found out that people are now aware of his ugly act, he took to his heels to an unknown destination. Till this very moment, he was wanted.

“All we are seeking is justice for little Amarachi.”

The victim’s grandfather, Raymond Iwunze, told our correspondent on the phone that he wanted justice.

According to the 79-year-old retired driver who said that he was the one taking care of the teenager after her mother’s demise, called on the government to ensure that her late granddaughter got justice.

He said ” Amarachi is my granddaughter. My first son’s daughter. I want the government to give me justice. Her father, my first son, is in Lagos. She had been with me since the death of her mother, my daughter-in-law.”

When contacted, the spokesperson for the police in the state, Micheal Abattam, confirmed the incident and said that investigation had commenced. CONTINUE READING….. 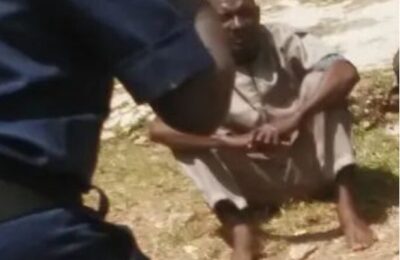 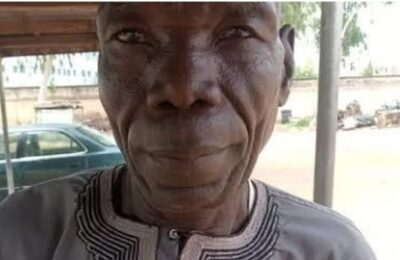 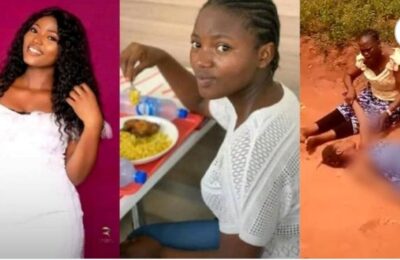 How young Lady was raped and stabbed to death