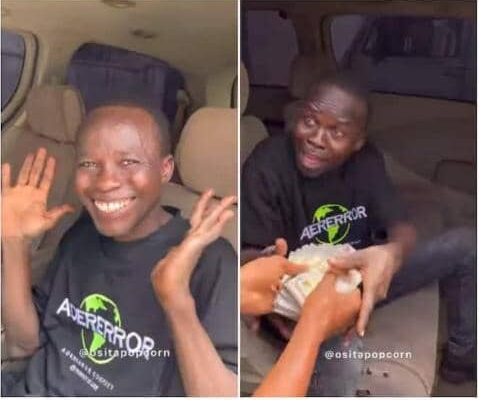 Poor Nigerian man gets complete transformation by a helper

A homeless man was given a total transformation that change his life from a dirty poor person living by the roadside.

In a viral video, the man was taken to a spa where his face was cleaned and his dentition taken care of

After heading out of the spa, the man was informed that people donated over N200,000 to him, the man ran in joy.

Days ago the video was posted by a kind Nigerian who spotted the homeless person on the road and approached him intending to give him a makeover.

When he asked the man how long has he been wearing his clothes, the man responded that it has been months.

The Nigerian man who goes by the handle @ositapopcorn took him to a nice boutique and change the man’s outfits with a completely new set of wears, then took him to a barber for a nice haircut, Afterwards, they went to a restaurant and a spar to fix his crooked nails.

In a new video, the man took him to a dentist to have his teeth scaled and polished. With tar tars gone, his dentition looks amazingly white. 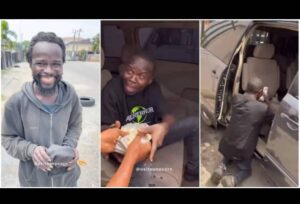 After they got done, @ositapopcorn told him people donated the sum of N220,000 for his welfare online. When the man got the cash, he ran out in joy, then returned, knelt, and praised God. CONTINUE READING…