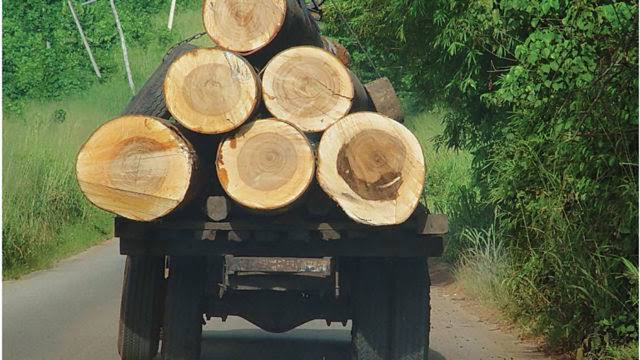 Peace Oladipo reports on the effects of deforestation and illegal logging on human lives and how ignorance and poverty drive the trade in Ekiti Communities.

Sweat dripped from their bodies as their chainsaws’ noise constantly revved-up and brattled and the saws slid in and took the life out of giant trees in Oye-Egbo/Idofin forest tucked away in Oye Local Government Area in Southwest Nigeria’s Ekiti State.

The tree felling had gone on for hours. “Let’s be fast, so we can go home early,” one of the operators who identified himself as Olusegun said to the other loggers.

“Toor! We have heard you,” they replied in Yoruba, a dominant language in Nigeria’s Southwest, as they carried on with their activities inside the forest.

In 2010, the Global Forest Watch reports, forests in Oye had 36.1kha of tree cover, extending over 77% of its land area but the forest has lost 585ha of tree cover, equivalent to 386kt of CO₂ emissions as of 2020. Activities of loggers such as Olusegun and his cohort have largely contributed to this.

“I will use the money to buy a mobile phone and celebrate ‘freedom’ from my Oga,” another operator had told this reporter on the way to the Idofin forest. Operators are the persons trained in wood logging using chainsaw machines.

The leader of the illegal loggers, a timber trader, Mr Toyin Asobele, popularly known as Big Daddy also spoke on how foreigners come to Nigeria to exploit them through logging of trees.

The middle-aged man explained further: “We have an exploitative government that encourages foreigners to exploit us. They collect exports due to them now. There are so many things we are being exploited of because the government is not there for anybody. Because of the lack of interest of the government in making provisions for the farmers and the wood contractors to operate and establish.”

The illegal loggers processing the wood with a chainsaw. Photo Credit: Peace Oladipo.
Asobele also noted that it’s much easier to start Opayabayaba — a Yoruba word for illegal logging — as it is not expensive. This is also buoyed by the huge returns they take home to attend to personal and family needs.

The timber trader’s assertion tallies with a report by the World Economic Forum (WEF) which indicated that poverty drives deforestation activities in the country. And with as many as 4 in 10 Nigerians living below the national poverty line, according to the World Bank, the level of deforestation in the country is bound to increase.

ALSO READ  Seven Killed, Many Injured In a crash along Ilumoba/Aisegba road in Ekiti

According to the Food and Agriculture Organisation (FAO), Nigeria lost about 55.7% of its primary forests between 2000 and 2005, thereby making the country the country with the largest rate of deforestation in the world.

My work is to process trees and get paid ― Sawmiller

When this reporter asked if the loggers and operators were aware that indiscriminate cutting of trees has an overbearing effect on everybody, the unflustered operators (loggers) argued that “it’s not possible.”

“How can cutting trees be harmful?” one of them queried.

Another sawmiller, Ayo Alabi, said “I don’t know. That’s not my concern; mine is to work (process the trees) and get paid.”

But he said they do not get trees from Opayabayaba. “The trees must have marks (stump numbers) that signify that they have been certified by the government.”

Also fuelled by ignorance, the activities of these illegal loggers continue to deplete the state’s forest resources at an alarming rate that impacts livelihoods and has drawn wide condemnation from experts.

Speaking on the impacts on the society, a Master of Forest Science student at the University of Padova, Italy and Head of Forest Europe Sub-commission at the International Forestry Students Association (IFSA), Alex Olatunji, told this reporter that: “Illegal logging affects everyone directly or indirectly. It contributes to deforestation which reduces the forest cover and then leads to climate change.

“Socially, it affects the cohesion that local communities enjoy through shared prosperity of the forest products. Economically, it contributes to illegal activities, corruption, and loss of revenue for the government.”

“What can the government and the citizenry do”

He urged the government to implement laws and policies to curb the spread of illegality, adding that its impact on the society and the people can equally be reduced through “active participation of communities in forest ownership, management and protection.”

In spite of these points of concern raised by experts and stakeholders in the climate and forestry industries, these illegal loggers continue to operate undisturbed by law enforcement agencies.

When this reporter asked operators and loggers in the forest if they operate in fear of being caught, an unperturbed Olusegun argued: “What is our business with the Police? We are doing our own, the police are also doing their own.”

This blatant disregard for laws guiding against indiscriminate tree logging and its impact on climate change however doesn’t go without clampdown by the government and its officials.

The Principal Forest Superintendent 2 in the Ministry of Environment in the state, Segun Akerele, told this reporter during a visit that anyone caught logging wood illegally will pay a fine to the government.

On what constitutes illegal logging, Akerele explained that “owners consent comes from individuals (tree owners), then tree inspection certificate and permit. They write the stump number on the surface of the trees; this is the right procedure for felling of trees.”

Efforts to reach the Commissioner of Environment in Ekiti State, Iyabode Fakunle-Okhiemen proved abortive. When this reporter called her on the phone in early April, she said she was not in the right position to answer questions concerning forestry.

The university in Oye-Ekiti is not left out of the operations of these illegal loggers. Some of the loggers revealed to this reporter that they operate in the Oye Campus of the Federal University of Oye-Ekiti.

On efforts taken to curb the illegal logging of wood on the campus, the Principal Security Officer, FUOYE, Mrs Grace said, “those who log wood on this campus don’t seek permission but currently they have been given the mandate to seek permission. Only one of them has started complying with this. Others that were arrested claimed ignorance and promised to be complying. They were not detained; this is their land and they (the landowners) have not been compensated by the government. We only warned them to stop trespassing.”

‘Deforestation can lead to extinction of human beings’

Another expert and Founder of Triple Green Environmental Development Foundation, Oluwaseyi Ebenezer, told this reporter more animals are drawn to human environments as a result of logging, warning that such development could lead to the outbreak of deadly diseases.

“Deforestation affects not only humans but the complete ecosystem: humans, animals that live in the forest and even microorganisms. They all play a fundamental role in our existence. Now, the more you cut down trees, the more you drive those animals closer to us. There are some specific diseases that have been identified to jump from animals to human beings, for instance, Ebola and Lassa Fever.

“The animals that breed these diseases get closer to us because of the high level of deforestation. They interact with us and bring in these viruses. Our immune system is naturally weak to those viruses, these viruses exist in those animals’ natural habitat which is the forest. This costs us our public health as we can still see the effect of Covid-19 all over the world.

“We also have climate change. Deforestation is one of the major drivers of climate change. Trees have been identified to be capable of storing the carbon monoxide we put into the atmosphere. They absorb it and give us the oxygen for breathing.

“In the event of cutting trees recklessly, we are putting Co2 that has been stored for years back into the atmosphere and that is warming up our planet at a very high rate resulting in disasters (over flooding, extreme heat, extreme cold, wildfire).

“These are results of the fact that our planet is warming up by the cutting down of trees and not replacing them. Deforestation can lead to our extinction if we are not in tune with the ecosystem. We are driving ourselves towards extinction,” she said.

“Can we stop the felling of trees”

On eradication of the usage of wood, Oluwaseyi said: “Man must eat and develop. We need to cut trees. But the issue is when there is no road map or strategic plan on how to replace the trees cut. When we cut one, there should be a strategy on how to plant 50.”

The lack of will to engage in afforestation was part of what made the Nigerian Conservation Foundation (NCF) declare that Nigeria has lost 96% of its original forests to deforestation.

The report was sponsored by I-79 Media Consults under the ‘Rewriting the Narratives of Environmental Crimes in Nigeria’ project which is supported by the Environmental Reporting Collective (ERC). 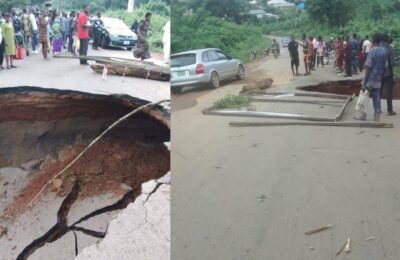 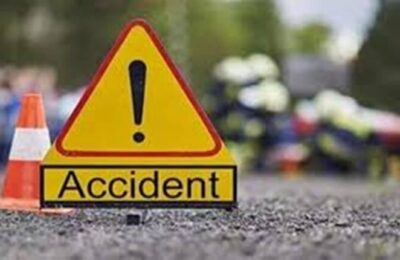 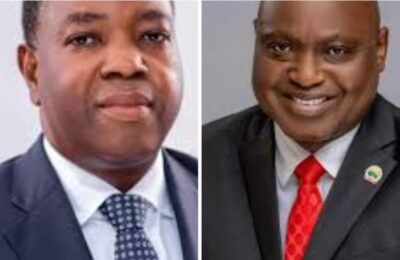