The Police Force in Kaduna state has arrested a serving councilor, Abdul Adamu Kikiba who was allegedly on his way to supply weapon to bandits.

The councilor of Soba Local Government was caught with an Ak-47 rifle with rounds of 7.62 X 39mm live ammunition with him.

This is contained in a statement issued by the Command’s Public Relations Officer, Muhammad Jalige, in Kaduna.

“Operatives of Operation Puff Adder II attached to the Kaduna Police Command, acting on the instruction of CP Yekini Ayoku, on May 9, at about 8:00, conducted routine patrol along Galadimawa road, Giwa LGA of Kaduna State.

The operation, which was aimed at ensuring safety in the connecting area, succeeded in intercepting a Lifan motorcycle, ridden by the suspect and was stopped for interrogation

I was told that the gun was meant for the convoy of someone. I was instructed to park immediately after the bridge near Galadimawa forest (a known hideout of bandits), where somebody would collect the gun,” Kinkiba said in Hausa.

The chairman of Soba Local Government Area, Engineer Suleiman Yahaya Richifa, confirmed that the suspect is the councilor representing the Kinkiba ward in the council.

He, however, declined to speak further, adding, “I’m in serious grief about the news. Please allow me to overcome my shock.” CONTINUE READING… 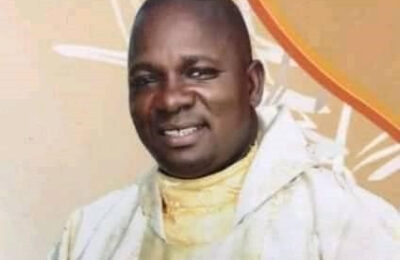