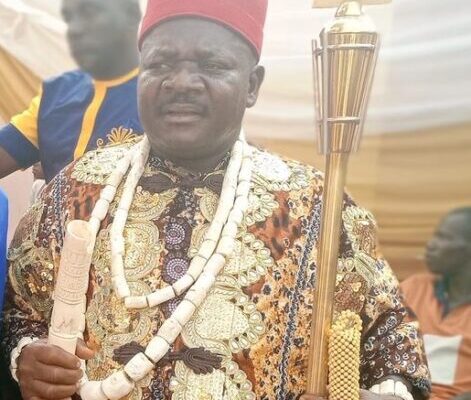 Finally, Enugu community gets elected monarch after 8 years of crisis

Igwe Cosmas Ezeumeh, on Tuesday received his staff of office as the traditional ruler of Nachi community in Udi Local Government Area of Enugu State after eight years.

He was selected via ballots, the first by the community.

The official coronation or first Ofala of the traditional ruler held at the Central Primary School in Nachi.

The President General of Nachi, Dr. Chukwuma Orji, described the coronation as a dream come true.

Orji said Igwe Ezeumeh ascended the traditional throne of the community, eight years after the death of their last traditional ruler.

“We are here to witness the coronation ceremony of the OBI III of Nachi. The third in the history of Traditional Rulers of our beloved town.

“He is ascending the throne years after the demise of the OBI II HRH Igwe F. O. Onuigbo who reigned for over three decades,” he said.

While recalling that the journey was rigorous, the President General hinted that the election of Ezeumeh was the first time the occupant of the traditional stool of Nachi was determined through ballots.

“The two previous traditional rulers of Nachi were the products of unanimous decisions of the leadership structure of Nachi.

“This, they did, with every sense of unity and sincerity of purpose,” Orji added.

He urged the royal father to lead the community with every sense of justice and fairness as well as attract the attention of the state government, which he said was seriously lacking.

In his remarks, the Commissioner for Chieftaincy Matters, Chief Charles Egumgbe, said the election and the coronation of Igwe Ezeumeh was an indication that the Enugu state government was willing to restore peace in all communities in the state.

While expressing happiness over his ability to end the eight-years conflict in Nachi community, the Commissioner appealed to the people to support and also pray for the traditional ruler to succeed in his assignment.

Igwe Ezeumeh said he would ensure that Nachi community enjoyed peace, noting that there could not be any meaningful development without peace.

The traditional ruler thanked his people for finding him worthy to serve them and promised that he would never let them down. CONTINUE READING

Do you have any information you wish to share with us? Do you want us to cover your event or programme? For Adverts or report call/WhatsApp us on +2348072633727 CONTINUE READING… 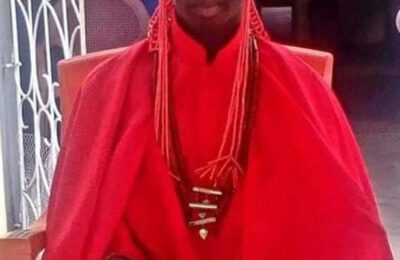 Congratulation pours in as Yoruba Monarch graduates from secondary school 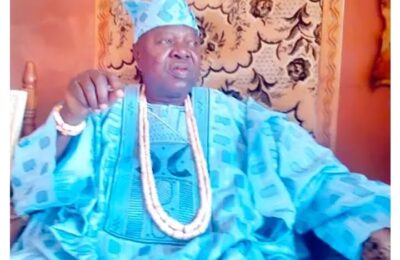 Onjo of Okeho, another Monarch in Oyo reportly passes on