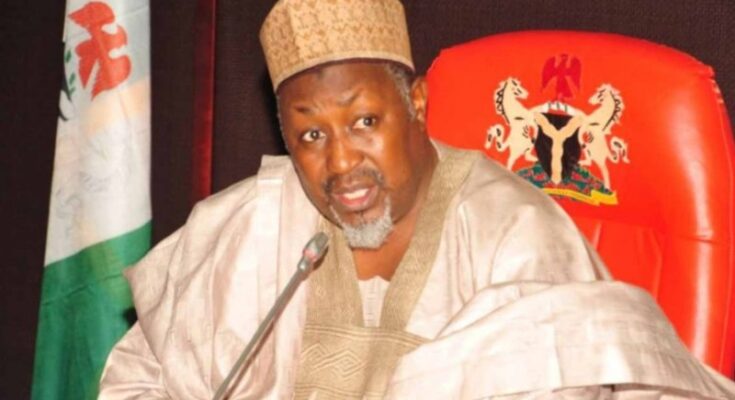 Amid allegations of imposition by some governorship aspirants on the platform of the All Progressives Congress (APC) in the primary election in Ekiti State, the party’s election committee says the exercise was successful.

The Chairman of the committee, Governor Abubakar Badaru of Jigawa State, stated this after it submitted its report to party’s interim leadership in Abuja on Friday.

The primary election was conducted in Ekiti State on Thursday.

Midway into exercise, seven out of eight governorship aspirants in the party pulled out of the race after citing alleged irregulariti

The aspirants protested against the list of the party local government electoral committees for the exercise on the grounds that members are supporters and campaigners of an aspirant, the former Secretary to Ekiti State Government, Biodun Oyebanji.

Mr Oyebanji, however, went ahead to garner 101,703 votes to defeat the other aspirants, including Opeyemi Bamidele, a senator and Femi Bamisile, a member of the House of Representatives.

In his account to journalists at the APC Headquarters in Abuja, Mr Badaru explained that primary was held in 166 out of the 177 wards.

He said his team cancelled the election in 11 wards due to reports of disruption in the areas.

“We have submitted the results sheets and reports where elections were conducted – 166 wards. Eleven wards were disrupted and we cancelled those areas. But in 166 wards, people actively participated. And I think you all have the videos of what transpired in all the 166 wards except the 11 wards,” the Jigawa governor said.

Speaking on the protest by the seven aspirants, Mr Badaru said the guidelines and the mode of the election was not designed to favour any of the aspirants.

“They (aspirants) are party members. What we expect them to do is to join hands with us so that we can continue to build the party and we continue to support the candidate that emerges.

“At the opening of my engagement with the aspirants, at the stakeholders meeting that we held in Ekiti State, I told them that power comes from God. And it is only God that will determine who will win,” he said.

The governorship election in Ekiti State to be conducted by INEC on June 18. 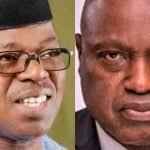 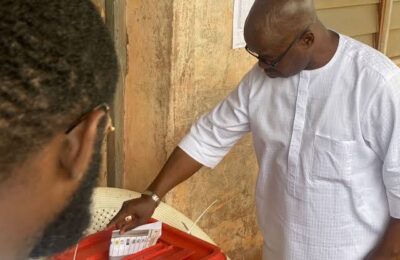 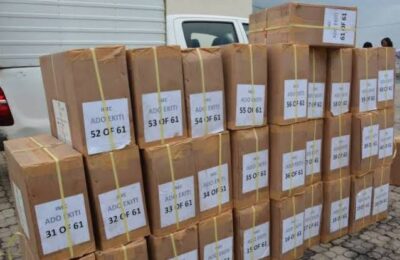