The non governmental organization, the Vanguard for the Truth Foundation has disclosed that investigations to unravel the cause of death of Timothy Adegoke, the OAU Masters degree student who reportedly died at the Hilton Hotel, Ile-Ife, may have been stalled following the inability of police to establish a case of murder against the proprietor of the hotel Chief Ramon Adedoyin and his staff currently in their custody in Abuja.

According to the spokesperson of the Vanguard for the Truth Foundation which has been conducting an independent investigation on the matter, Mr Adewale Aderibigbe, noted that the police have so far relied mainly on interrogation of the suspects as the autopsy and other preliminary inquiries have not revealed the deceased’s cause of death, a situation that seem to have stalled their investigation.

According to Aderibigbe, the only offence against Chief Adedoyin so far, remains his failure to take decisive and legal actions when he was informed that a dead body had been found in his hotel. The Foundation further revealed that he may be charged to court soon for this, adding that no other offence has been traced to him so far.

The Vanguard for the Truth Foundation claimed that police investigations have also not revealed much against the hotel staff as they were all said to have maintained that Timothy’s body was discovered by one of the hotel receptionists who immediately raised alarm, calling the attention of the manager who in turn called the chairman of the hotel.

“All the staff, according to the police source, were consistent in their evidence that they acted on instruction to evacuate the body and dump along Ede Road, Ile-Ife in order to protect the image of the hotel.”

ALSO READ  CISLAC: Buhari’s refusal to sign bill showed he benefitted from electoral fraud he complained about before 2015

The Foundation also noted that Police investigation showed that Adegoke’s body was buried by officials of the Water and Environmental Sanitation Department of the Ife Central Local Government with clearance by the Divisional Police Officer of the Nigerian Police Force, “A” Division, Moore, Ile-Ife, Osun State when it was discovered where it was allegedly dumped.

Mr Aderibigbe said in an interview when asked for comments about the development, one of the lawyers representing Chief Adedoyin who pleaded anonymity decried the method of investigations so far, saying the police seemed to have been swayed by the social media noise and decided to centre all their investigations only on Chief Adedoyin and the hotel staff.

*The police investigators have either deliberately or negligently overlooked several other factors that can assist them in their investigations. For instance, how will they justify the fact that two months after, none of the guests in the hotel at the time of the incidence, including those on the same floor with the late Adegoke was questioned by the police?

* The fact is, there were fifteen other guests/lodgers at the hotel on the night of 5th-6th of November, 2021. As a matter of fact, there were other guests who lodged on the same second floor with the late Timothy Adegoke.

*”The police ought to have invited all these guests and lodgers and obtained their statements. Some of them might have seen or heard things or in possession of information that might have gone a long way to assist them in getting justice for late Timothy. Up till this present moment, the police investigators have not done so.

*”As at the moment, the police do not have any concrete evidence that could establish a case of murder against any of the suspects in their custody. They seem to have been taken in by the social media and unfounded allegations that the man was a victim of ritual murder by Chief Adedoyin.“

* “The rumour widely spread by an Ibadan-based broadcaster was that Chief Adedoyin cut the throat of the deceased, removed the oesophagus and buried the remains in the hotel premises. Yet, both police investigations and the autopsy report have established this assertion to be concocted lies.

* “As you are probably aware, the autopsy report conducted by a team of seven consultant pathologists, including three professors, unanimously maintained that the deceased’s internal and external organs, including the genitalia, were complete, untouched and in normal positions as they ought to be. Not only that, they also reported that no incision, cut or blood injuries, bruises or wound were found on his neck. This put to rest the rumours, falsehood and lies that were earlier spread on the social media that the deceased neck was cut and some of his body parts removed for rituals.

* “It is also evident that the police could not fully rely on the autopsy. For instance, no toxicology tests were conducted on the body and other internal organs to determine whether the deceased died of poison, chemical inhalation or other harmful substance (s) or of natural causes or diseases. Therefore, it will be medically and scientifically wrong to rule that the deceased did not die of natural causes.

The Foundation said it believed the police ought to, at this point, either order for a fresh autopsy or a further review of the earlier one as the result currently in their custody, as it stands, establishes no culpability of anybody therefore raising substantial doubts on its stated outcome. This is one of the major reasons it has not been made public.

“And this is why I strongly believe that the police should have widened the scope of their investigations rather than narrow and centre it on Chief. Ramon Adedoyin.

“The extant position of law in Nigeria is that the culpability of anyone alleged to have committed a crime must be established beyond any reasonable doubt. If any doubt is raised, then it must be resolved in the favour of the person accused. This is not to condone or cover any act of criminality, but to bring out the truth and also assist the police and forensic experts in their quest to unravel the cause and circumstances leading to the death of late Mr. Timothy Adegoke.

“We also believe that the police, after two months of investigations, ought to have released Chief Adedoyin on bail or at least charge him to court, unless there’s more to this case that is unknown to us,” the lawyer further said. 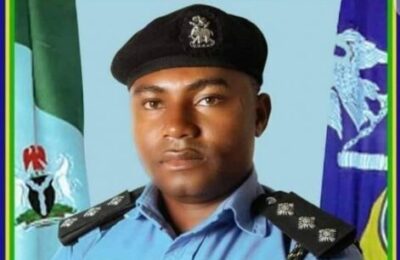 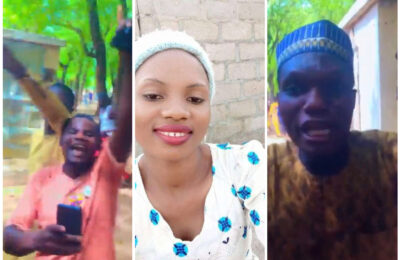 Police: Deborah’s Killers Removed Her From Security Room, Killed Her And Burnt The Building