The Peoples Democratic Party has shifted its governorship primary in Ekiti State from January 18th to January 26, 2022.

This is according to a letter signed by the PDP Chairman, Senator Iyorchia Ayu; and the National Secretary, Senator Nnaemeka Anyanwu.

In the letter dated January 4, 2020 and addressed to the Chairman of the Independent National Electoral Commission, the PDP noted that its ward congress to elect the three-member ad hoc ward delegates had been shifted from January 7 to January 15.

It further stated that the local government congresses to elect one national delegate, as well as one person living with disability from each local government area in the state, had been scheduled to hold on January 22, 2022 and no longer January 15, 2022.

In the letter, which is titled, ‘Re: Notice of Party Primary for Ekiti State Governorship Election Scheduled for Saturday, June 18, 2022’, the PDP said the postponement became necessary due to unforeseen circumstances.

At least 17 people have expressed interest in the PDP governorship primary. 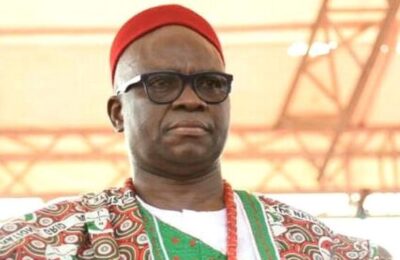