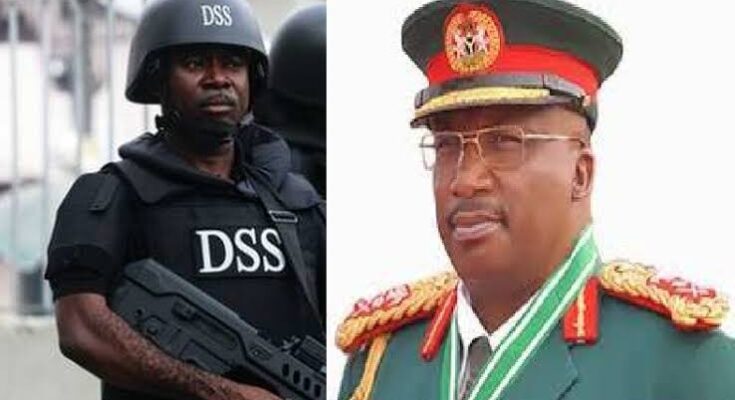 Sources confirmed that General Dambazau was arrested for allegedly sealing off seven filling stations in the state capital, an act the secret police said was unilateral and unconstitutional. He is billed to be charged to court on Monday.

A top official in the Kano State Command of the DSS said Dambazau was arrested on Sunday after fruitless attempts were made to unseal the filling stations.

“It happened yesterday. He went and seal seven filling stations under the guise of being the head of Consumer Protection Council and the Constitution is against that act,” the official said.

He added that Dambazau was contacted and it was gathered that he did not inform the DPR.

“No agency, organisation or ministry can seal a filling station except with the directives from the Department of Petroleum Resources (DPR) and he also did not get directives from security agency, source added.

The security source said the secret police also learnt that Dambazau had been sealing shops in several markets in the metropolis.

“We reached out to him but he ignored our request. He was arrested this morning and all the filling stations have been unsealed.

“We are charging him with the offense of the economic sabotage in with the Constitution of the Federal Republic of Nigeria.

“His act is an act of economic sabotage and he will be charged to court tomorrow (Monday).”

Governor Abdullahi Umar Ganduje appointed General Dambazau (Rtd) as the MD of the council in September 2021.