The Ekiti State Independent Electoral Commission, EKSIEC, has declared all the chairmanship and councillorship candidates of the All Progressives Congress, APC, winners of the just concluded Local Government and Local Council Development election in the state.

Returning Officers and Electoral Officers from the 35 Council areas of the state, one after the other, presented before the leadership of EKSIEC, the results of the election.

Announcing the overall results, the EKSIEC boss, Justice Aladejana, said the candidates of the APC polled the highest number of votes cast in 176 wards out of the 177 wards of the state and thereby met the requirements of the law.

He said that the election at Erijiyan ward 5 was canceled due to destruction of ballot papers and boxes by some irate youths, noting that a bye election would be conducted at a later date.

The Chairman of the National Rescue Mission (NRM), Mr Ifedayo Iyaniwura, on behalf of other political parties, lauded the successful conduct of the election, adding that they accepted the outcome of the poll.

ALSO READ  There Is No Crime In Seeking For Separate Nations Within An Existing Nation - Lagos Speaker, Obasa

The Executive Secretary of EKSIEC, Mrs Taiwo Akinbolatan, thanked all Ekiti people for their support towards the successful conduct of the election.

The State Electoral body will in a later date present Certificates of Return to all the winners of the council election. 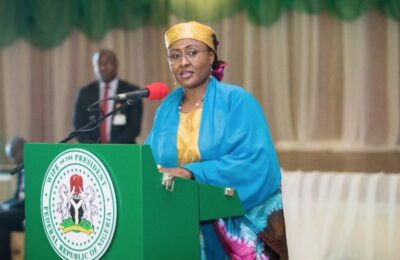