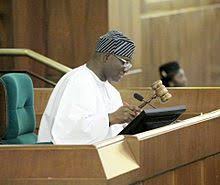 Omoworare, a former Senior Aide to Hon Lasun Yusuf said except those who are chasing shadow, the political reality in Osun is emergence of Governor Adegboyega Oyetola for second term during the 2022 Governorship election.

Omoworare said this while reacting to the recent declaration of Hon Lasun to contest for the Osun Governorship Election in 2022 declaring that Oyetola stand the best chance to win the election with massive support he is enjoying from the All Progressive Congress (APC) members and the people of the state.

The pioneer Osun Deputy Speaker was a close ally of Hon Lasun Yusuf while he was Deputy Speaker said she supported Lasun Yusuf in 2018 but as a political realist who want the development of the state, Governor Oyetola deserve the second term.

According to her, “Lasun Yusuf can never defeat Oyetola in any election, his temperament alone is a strong factor against him not to talk about the excellent performance of Mr Governor. Oyetola of 2018 is different from Oyetola of 2021, he has been widely accepted by the people of the state with his cool calm and resourceful posture.

“He has successfully balanced and stabilised the state economically and politically, he stand the best chance to win election and that is why we are all standing by him. Just few days ago he has awarded another set of roads in my city, Ile – Ife, I am very confident that he will emerge for second term.

While speaking on the allegation by Yusuf that Osun 2018 election was rigged in favour of Oyetola, Omoworare said. “I don’t think he actually said it, he must have been misquoted, because somebody of his caliber, will not say that, I don’t think he will say such a thing.

“Somebody who had been a Deputy Speaker of the Federal House of Representatives will be now go out to disparage his own party, the party he used it’s platform at the National Assembly. But if he actually said it, I don’t think there is any sense in what he has said.”

“As an experience politicians, he knows what it means for Highest Court in Nigeria to have ruled in favour of Oyetola. If he felt he had issues with the 2018 Election, he should have testified against the Governor at the Election Petition Tribunal, I doubt if he can say that or the media misquoted him or he doesn’t know what he want, or he doesn’t know what it takes to run for a Governor or he just want to run, something must be wrong some where or how can you explain it when a former Deputy Speaker from the party is lieing that the Governor from his state, Governor of his own party did not win election that was clearly won, that is not too good.” Omoworare said. 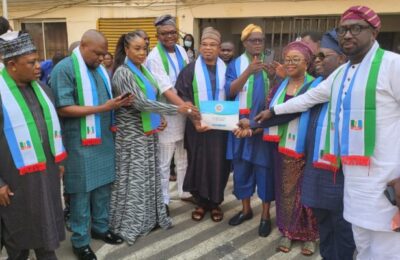