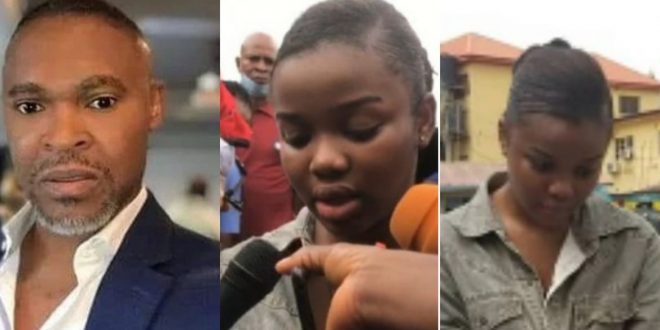 A prosecution witness in the murder trial of Chidinma Ojukwu, alleged killer of Usifo Ataga, Super TV CEO, has narrated how the suspect sold him a MacBook Pro laptop belonging to the deceased.

Ifeoluwa Olowu, the witness, testified before Yetunde Adesanya, the judge at the Lagos state high court, on Thursday.

Olowu, who is a gadget dealer, said he bought the laptop from Chidinma, unaware of the crime committed.

He said Chidinma visited his store at Computer Village, Ikeja to sell the MacBook Pro laptop to him on June 18.

The dealer also said he later recognised her after he got news of the crime Chidinma was alleged to have committed.

Asked how he verified the ownership of the device before acquiring it, the witness said he demanded an ID card.

He also said the seller must fill a form providing their full names, contact details, serial number, and value of the item.

Olowu, however, said he didn’t question the ownership of the laptop after Chidinma unlocked it herself.

“She wanted to sell for N600,000, but we agreed to N495,000 which I negotiated from my account to her Sterling Bank account after the forms were filled and the documents in our possession,” he said.

“I asked for the receipt of purchase of the laptop, she stated that it was a gift from her boyfriend and that she now had two laptops, so she wanted to sell one in order to pay for some bills.”

He also said documents of the sale exonerated them after they found that the device was linked to the murder case. Witness: We Found Usifo Ataga’s Body In Mortuary On His Birthday