The Ekiti State Government has approved the appointment of Prince Adegbenro John Falore as the new Olufaki of Ifaki-Ekiti.

This was the outcome of the state Executive Council meeting held virtually on Wednesday.

According to a statement made available to journalists by the state Commissioner for information and values orientation, Mr Akin Omole, the council also approved the appointment of Prince Sunday Aikuirawo Aniyi as the new Obaleo of Erinmope Ekiti.

The statement reads in part;

“1. Council deliberated on and approved for the Rehabilitation of Township roads in the state, to be carried out by the Ekiti State Public Works Corporation through direct labour. It was approved that the corporation should expedite the works ahead of the anticipated high traffic during the upcoming festive period.

Following clearance by the Ekiti State Ministry of Justice, and consistent with the provisions of the Chiefs Law (2012) Cap C5 Law of Ekiti State, Council considered and approved the memorandum in respect of the Appointment of the Recognised Chieftaincy of Obaleo of Erinmope Ekiti in Moba Local Government, thus officially appointing Prince Dr. Sunday Aikuirawo Aniyi as the new Obaleo of Erinmope-Ekiti.

In a related development, Council also approved the appointment of Prince Adegbenro John Falore as the new Olufaki of Ifaki-Ekiti.

He holds a Bachelor of Science in Sociology; and a Diploma in Social Work, both from the University of Ado-Ekiti (now Ekiti State University).

The appointments of both the new Obaleo of Erinmope-Ekiti and the Olufaki of Ifaki-Ekiti, have been authorized to be published as a legal notice in the Government of Ekiti State’s Gazette.

Council also noted the continuation of the commissioning of projects as part of the commemoration of the 3rd anniversary of the Kayode Fayemi-administration’s second term in office, to be held on Friday, November 26, 2021. 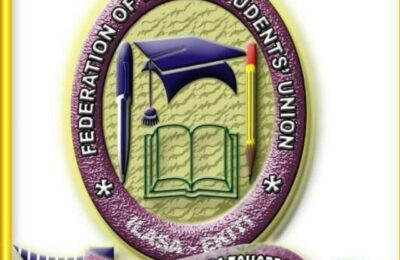