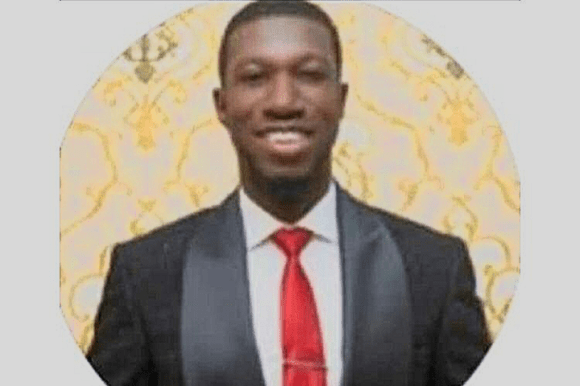 When Cafint Resources Ltd. rolled out its cryptocurrency trading and real estate investment scheme in July 2020, it called it an ‘opportunity’ for investor inclusion.

During this period, the Port Harcourt-based company owned by Samuel Chijioke Okonkwo encouraged prospective investors to take advantage of its offer, promising a monthly Return on Investment (ROI) of 20 percent.

For the first few months, all was rosy, as promised profits regularly exchanged hands as agreed. However, the narrative changed towards the end of the year when Okonkwo decided to pull the plug on payments.

AN INVESTOR WHO WISHED PROGRESS FOR OTHERS

After successfully receiving the ROI promised between September and November 2020, the investor said she felt encouraged to get the women in her church to tap into the scheme as well.

“They were able to contribute over N2 million as a group and the money was paid into Cafint Resouces’ account,” she told FIJ.

“Unfortunately, unlike my personal investment on which I got three payments, nothing was received on the women’s money. It was an unpleasant experience.”

She also told Newsmen that she had many close friends who invested in the scheme.

“I even have a friend who invested as much as N9 million in the company,” she said.

THE INVESTOR WHO HEARD ABOUT CAFINT THROUGH A FRIEND

Protesters marching to the EFCC office
“I heard of Cafint Resources’ offer from a friend. After this, I did my own investigation and found it to be real, because they had paid ROI to their investors for three months,” an investor told Journalist.

On January 4, I decided to invest a million naira. However, it was in that same month that they stopped paying ROI.”

The investor said Samuel Okonkwo claimed the federal government had placed restrictions on cryptocurrency trading in Nigeria and that the regular payment of the agreed ROI was no longer guaranteed.

“After several delays and promises, especially through several zoom meetings, Okonkwo said investors could fill an investment termination form so as to get their capital back. And most investors, including me, immediately did,” said the investor.

The second investor told FIJ that when the silence from Samuel Okonkwo and his Cafint Resources team became unbearable, aggrieved investors in Port Harcourt staged a protest to the Economic and Financial Crimes Commission (EFCC) office in the city.

“We carried out the protest because Okonkwo had defrauded several investors of their hard-earned money. We are talking about several billions of naira. I happened to belong to one of the several WhatsApp groups that were created for aggrieved Cafint Resources investors,” she said.

In my group alone, we were 91, and hardly would you come across an investor that had invested less than N500,000 in the company. To make you know how huge the amount involved is, the WhatsApp group that were like ours, and that were created because of Cafint Resources’ fraudulent act, are many; I can’t even count.”

Presently, Samuel Okonkwo is on the run and no one seems to know his whereabouts. After the protest, the EFCC agents in Port Harcourt stormed Cafint Resources Ltd. to seal off the premises.

“The guy is a fox. He immediately shut down the company’s website and deleted his social media pages before taking off. He knew the heat would soon be channelled to him by investors and law enforcement agencies,’ said another investor, who simply identified as Tamuno.