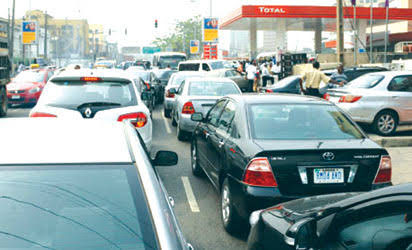 Private Depots have hiked their Premium Motor Spirit (PMS) petrol price from N148/litre to N157/litre, The Nation report on Monday.

The increase has discouraged the Independent Petroleum Marketers Association of Nigeria (IPMAN) members from buying or lifting the products from private depots.

According to the IPMAN National Vice President Alhaji Abubakar Maigandi, the N9/litre difference, which is about a 6.08% increase, has culminated in gradual withdrawal of sales.

He explained that the marketers are reluctant to lift the product since the Federal Government would not allow them to sell above the regulated band of between N162-N165 per litre.

It has given room to skeletal traces of petrol scarcity in some retail outlets, he said.

He revealed to The Nation that the association would ask the Authority to grant members of the association direct product allocations instead of allowing them to depend on a third party.

Maigandi also noted that IPMAN would ask the Authority to pay the outstanding debt that the defunct PEF owes the marketers.

He stated that the Fund owes each marketer up to seven months debts.

The National Vice President, who was asked whether the new Midstream & Upstream Regulatory Agency management had invited IPMAN to any meeting, said: “Up till now we didn’t see him.

“But we have the intention of going to see him probably this week. So, by this week we are going there because the situation is seriously changing.”

Continuing, he revealed: “If you go round you will see the queues have started developing because the private depot owners have raised their prices.

“They are now selling at N156-157/litre instead of N148/litre. That difference is scaring marketers from buying the product since if they come they will be forced to sell the product at a government-regulated rate. And that is not possible.

“The CEO should try and do something about it hence there will be scarcity.

“We are going to tell him (the CEO) that the government should quickly pay us the outstanding debt with Petroleum Equalization Fund.

“This is because PEF owes each marketer up to seven months. This is a huge amount of money. It is over N50 billion as you have reported.

“Secondly, the government should be giving independent marketers their direct allocation instead of allowing them to be taken from a third party. We want it the way they have been giving to the Major Marketers.

“So, the independent marketers also want it directly from the source instead of going through a third party.”

But the Nigerian National Petroleum Corporation (NNPC) allayed fears of a shortage of products.

Speaking with The Nation newspaper on phone, its Group General Manager, Group Public Affairs Division, Malam Garba Deen Muhammad, said: “We have sufficient product that can last over 30 days. If they are panicking due to the change that followed the reforms, it is unnecessary.”