The self-confessed serial child killer, Masten Wanjala , who escaped from police custody three days ago has been killed by angry mob in western kenya.

The police said Wanjala was traced by villagers to a house in Bungoma town and beaten to death.

VAM News had reported that Wanjala escaped from the Jogoo Road Police Station in Nairobi on Tuesday, October 12th after being responsible for the deaths of 13 minors.

Wanjala made news headlines in July 2021 when he was arrested and confessed to more than ten killings and sucking the blood from at least one of his victims.

According to local media, Wanjala’s five-year killing spree started when he was just 16.

ALSO READ  Certainly, We Have A Terror Group In Lagos, Says Nnamdi Kanu

After months in police custody, Wanjala escaped from prison on Tuesday, October 12. 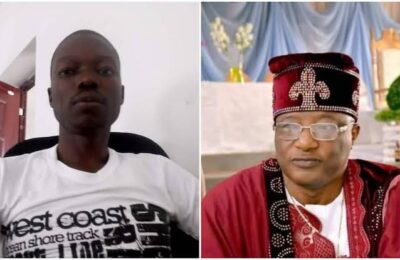