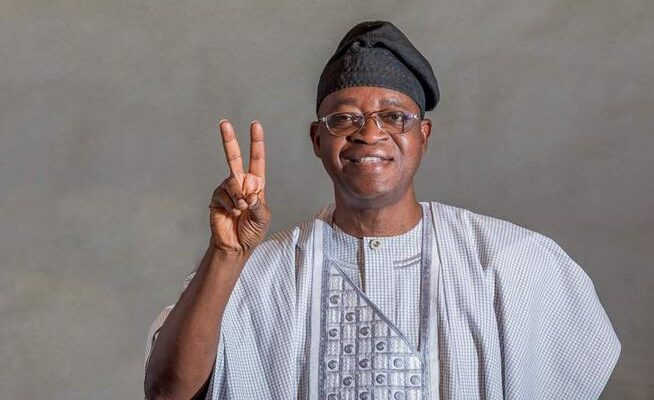 Chances of Governor of Osun, Adegboyega Oyetola to emerge as the consensus candidate of the All Progressives Congress, APC, in the 2022 governorship election, got brighter on Wednesday as leaders and members of the party in Osogbo/Olorunda, Irepodun, Orolu Federal Constituency endorsed him for second term.

The leaders, who communicated the decision of the party in the constituency through a communique read at a rally held at the Nelson Mandela Freedom Park, Osogbo, said they had implicit confidence in Oyetola’s “unique style of administration”, describing his numerous achievements in office as satisfactory.

The communique, read out by the Party Chairman in the Constituency and former Deputy Governor of the State, Otunba Grace Titi-Laoye Ponnle, noted that the governor “has left no one in doubt that he is a purposeful leader who can lead the people of the state to promised land.”

Ponnle disclosed that the decision to support the Governor for second term in office was endorsed in writing by all the party executive in the constituency.

“We have implicit confidence in his style of administration and therefore want him to continue till 2026,” the communique reads in part.

She said Governor Oyetola’s diligence in the discharge of his duties had endeared him to the party elders and members in the constituency, saying that “the numerous achievements of the administration, which include the ongoing Olaiya fly-over, continuous infrastructure development, the people’s oriented programmes across all sectors to mention but a few must be sustained.

“He has spent three years and by the grace of God, he will be there for eight years. Oyetola, a brilliant and humble manager, had a thank-you- tour round the State immediately after he was elected in 2018 when he requested for citizens’ needs. There and then, he pledged the commitment of his administration to implementing the people’s requests.

“In the last three years, he has kept to his promise by delivering on his pledges to the people. His achievements in the last three years are too numerous to mention. Apart from his commitment to prompt payment of workers’ salaries, Governor Oyetola also established Osun Health Insurance Scheme (OHIS) to make good and quality healthcare services accessible to workers and citizens of the State,” Ponnle added.

Also speaking at the rally, the Chairman, Osun APC Elders’ Forum, Engr. Sola Akinwumi said, “We are impressed by the superlative performance of Governor Oyetola’s administration. This is why all of us, men and women, old and young have resolved that Oyetola must continue beyond 2022. We are preserving our PVC and shall all come out em mass to vote for Oyetola for second term in office.”

In his remarks, the Senator representing Osun Central Senatorial District, Senator Ajibola Basiru said the people of the constituency and the entire Osun Central senatorial district are happy and satisfied with Oyetola’s performance.

“This is why we have resolved and ready to support Governor Oyetola for second term. The party is getting larger by the day with increasing victory and membership base. The party is not divided and we are all unanimous on returning Oyetola for second term. We must all come out em mass on July 16, 2022, to vote Oyetola and have PDP buried for life.

“The Governor has performed wonderfully. If you are in doubt, go round the State to confirm the level of infrastructural development across the State. That’s not all, Oyetola is the first Governor to design a programme for the youth and put them in the budget. His achievements cut across all sectors including mining, agriculture and health,” he said.

In the same vein, a top party stalwart and former Commissioner for Education in the State, Otunba Lai Oyeduntan, who claimed to have known the Governor for long, described him as “a good administrator, humble, honest and God-fearing. I’m happy that in the last three years he has not proven otherwise. For us to continue to enjoy the benefits of good governance which this administration represents, we must all prepare to return Governor Oyetola for second term in office”

ALSO READ  Ondo Workers to Akeredolu: We are no longer accepting half salaries

The Osun State APC Caretaker Chairman, Prince Gboyega Fomoodun thanked the elders and the people of the Constituency for acknowledging the good work of Oyetola’s administration by coming together to unanimously endorse him for second term.

“I congratulate all of us for resolving to do the right thing for the common progress of all of us. I’m confident that this would soon be replicated in other constituencies. I will deliver your message to the Governor and I’m sure that we shall all speak with one voice to make the Governor return without opposition,” he said.

The party’s local government chairmen in the Constituency also assured of their readiness to rally their peoples’ support for the decision to return Governor Oyetola as the party’s candidate and support him to victory at the next governorship election holding on July 16, 2022.

The venue of the rally was filled to the brim by elated members of the party, including members of Hausa and Igbo communities, different political groups and supporters from across the local governments in the Constituency. 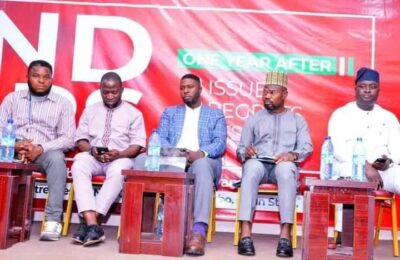 Obaseki: APC not a serious party 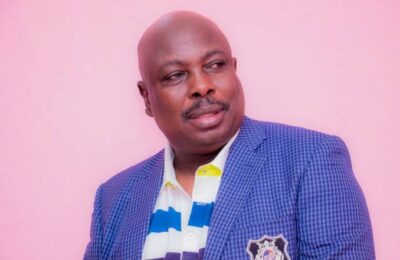