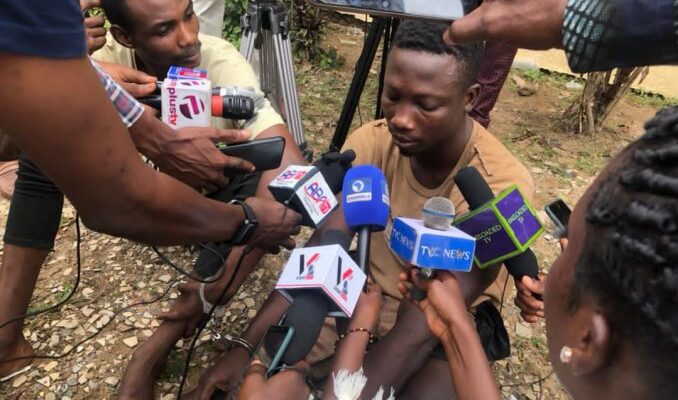 The Osun state police command in its effort to make sure that Osun state is secured for all has counted another success achieved in the recent time.

This was publicized through a statement released by the command during a press briefing that was done today, Wednesday, 22nd of September 2021, VAM News report.

Here is the statement released in Details:

Gentlemen of the press, I am delighted to welcome you all once again, to another great success the command has recorded. The command will continue to work tirelessely to ensure the state is free from all kinds of criminal elements. Below is the brief of the success recorded:

The event that led to this murder incident as a result of land / farm disputes between the two communities viz:

Modakeke/Ile-Ife, It would be recalled that11/05/2021, two people were murdered on their way to their farmlands. These people were from Modakeke indigenes. This incident generated anger in the mind of Modakeke youth, and some hooligans from modakeke armed themselves with different weapons to take revenge against Ife indigenes for the killing. The police arrested the situation and obstructed their ugly attempts.

This unwarranted and barbaric murder provoked the Modakeke indigenes, because they presumed that the people killed were their people. They decided to take revenge on the Ifes, their efforts were thwarted by the Police. I would like to add that the five deceased were not from Modakeke as presumed by the people of Modakeke.

This ugly incident made the Police to swiftly swing into action that led to the arrest of the key suspects as highlighted above. Some other suspects were arrested by the Police. They are undergoing investigation to ascertain the degree of their involvement in the case.

Adequate security measures have been placed by the Police to ensure this act of lawlessness is put under control. The suspects will be charged to court at the completion ofinvestigation for prosecution.

On 6th September, 2021 at about 11:45hrs, the surveillance patrol team while on routine patrol along Sekona/Ife express road sighted one Honda Civic, white colour with the occupants, quickly jumped out of the car and ran inside the bush on sighting the Police patrol vehicle.

The team move closer to the vehicle and found the car withits ignition key still on. The area was combed for possiblearrest, but it yielded no dividend. Investigation is on goingto track down the suspect.

On 10th June 2021, at about 22:00hrs, the two suspectsconspired among themselves and broke into a phoneaccessories shop of one Ekundare Temitope ‘m’ at Conoil Filling station area round-about, Ilesa and stole away hishandsets valued about #11,880, 000.00. The phones weretracked and the two suspects were arrested and confessed to be a member of Eiye Confraternity.

Meanwhile in the course of searching the house of the suspects, one empty AK47 ammunition shell and empty catridge together with one Nigeria Army I.D card with other incriminating items were recovered in their possession.

They are also suspected to have killed one man whose identity is unknown but suspected to be a rival cult group member. Investigation is still ongoing while the suspect will be charged to court at the completion of the investigations.

On 18th September, 2021 at about 22:15 Hrs, team surveillance patrol while patrolling along Ayetoro area, Osogbo, accosted one Adesina Olaide ‘m’ carrying a generator, during interrogation the suspect confessed to have stolen the generator from a shop.

Efforts were made to locate the owner, one Adesokan Kehinde ‘m’ of Owoeye Street, who identified the suspect as his former staff. Investigation is still ongoing while the suspect will be charged to court at the completion of the investigations.

ALSO READ  Ife/Modakeke: Police React To The Killings Of Five Persons That Emerged In Osun Community

5. ARMED ROBBERY
Suspects: – (i) AKINLABI TOYESE AGED 27YRS
(ii) NURUDEEN AZEEZ AGED 35YRS
EXHIBIT:
ONE LOCALLY MADE REVOLVER PISTOL
On 26th August, 2021 at about 9:30pm at Iwo Grammar school area, Iwo. The two suspects armed with one locally-made pistol blocked one Abdulafeez Soliu Ishaq with motorcycle and robbed him of a bag containing:

(1) International Passport (2) one POS machine (3) Phone accessories, all valued at about #570,000.00. When they were given a hot chase by the members of vigilante and were arrested with one locally-made revolver pistol and one live ammunition. After the conclusion of the investigation, the two suspects were charged to courtand remanded at Ilesha Correctional facility.

Meanwhile, the Commissioner of police assures members of the public of safety, adequate protection and also enjoined the general public to be wary of these youths with bags sling across their neck as so many dangerous things are contained therein. 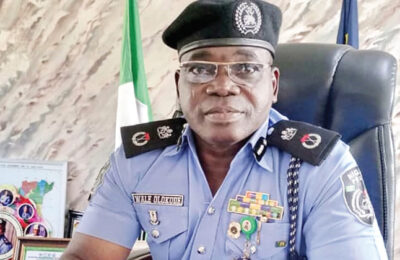 Ife/Modakeke: Police React To The Killings Of Five Persons That Emerged In Osun Community 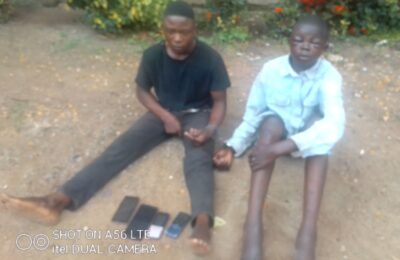 My Parents Know That Am A Thief – Suspected Shop Burglar Narrates