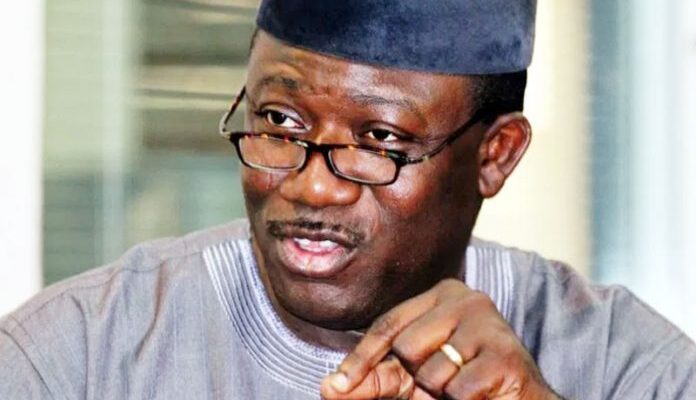 Ekiti State Governor, Dr. Kayode Fayemi has approved the establishment of three new model colleges in the state to accommodate the substantial increase in school enrollment.

The Chairman of the State Universal Basic Education Board (SUBEB), Prof. Femi Akinwumi made this known in Ado-Ekiti while receiving a team set up by the Federal Government to monitor UBEC projects and programmes in some selected states.

Akinwumi said the new schools would be sited in Ado-Ekiti, Ikere and Odo-Oro adding that the government decided to establish the model colleges to decongest secondary schools within and around Ado metropolis as well as open up new areas across the state for urban development.

He stressed that security, pupil- friendly and conducive learning environment with suitable water and sanitation facilities as well as well trained teachers and other initiatives to support the holistic development of the child are guaranteed at the model colleges.

Akinwumi added that the colleges would have chemistry, biology and physics laboratories, as well as ICT and home economics laboratories, like the four model colleges earlier established by the Fayemi led administration.

He also said the colleges would be equipped with a large examination hall, staffrooms, administrative offices, perimeter fencing, a football pitch, a basketball court, parking space, toilet and a water treatment plant amongst others.

See also Guardiola eyes history as City’s treble chase heats up
Attributing the remarkable increase in the school enrollment figures in public schools in the state to the improvement in the teaching and learning environment as well as the enhanced capacity and performance of teachers in the schools in the last three years, Akinwumi pledged that SUBEB would continue to make judicious use of all available funds.

In his remarks, the leader of the monitoring team, Dr. Tom Ohikere who described Ekiti as “a major project site”, said his team was impressed with the teaching/learning environment and infrastructure provided, noting that the inclusive, learning-friendly environment, good classrooms, superb infrastructure and robust teachers welfare had obviously contributed to achieving the quality education in the State.