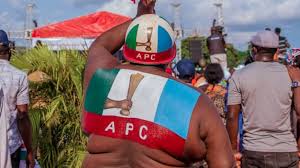 VAM News reports that the spokesman for the All Progressives Congress (APC) in Rivers State, Ogbonna Nwuke, has resigned his position.

This news online platform understands that Nwuke, in a letter addressed to the party’s caretaker committee chairman of the state, said the reason for his decision was “strictly personal.”

The statement titled, ‘Resignation as APC spokesman’, was made available to our correspondent on Monday morning.

“Everything that has a beginning has an end. It is time to move on and time to concentrate on other things of great interest,” he added.