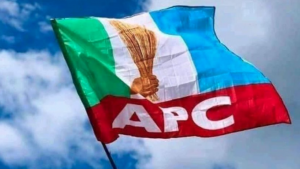 The Osun Progressives (TOP), a caucus within the All Progressives Congress (APC) in Osun State, has called on the National Caretaker and Extraordinary Convention Planning Committee of the party not to allow the impunity perpetrated during the Osun ward and local government congresses to stand against the interest of the party.

In a speech given by the TOP Chairman, Adelowo Adebiyi, during its general meeting on Thursday in Osogbo, he maintained that the way forward for the party’s progress and development is to accept the ward and local government congresses conducted outside the supervision of Gbenga Elegbeleye, the congress committee chairman.

He insisted that Elegbeleye was contracted to do a hatchet job noting that the inability of the National Caretaker Committee to put a check to the horrendous manipulation of process by Governor Adegboyega Oyetola in favour of the current party leadership and particularly for the sake of his group, IleriOluwa could bring a serious undoing to APC.

Adebiyi, who is a former chairman of the party in the state, also urged the National Caretaker Committee to take a critical look into how the Elegbeleye congress committee arrived Osogbo on Friday evening and hurriedly held a stakeholders meeting, screened 23,000 aspirants and made them ready for congress by the next morning.

While describing the process as compromised, the TOP leader stated that the possibility of achieving such could be attributed to an individual who had been paid to carry out a hatchet job by the state governor.

In his words, “Elegbeleye was specifically procured for the hatchet job by Governor Oyetola who used his position as a member of the National Caretaker committee selfishly.

“Elegbeleye committee that was sent from the National Secretariat was so ensconced in the bid to carry out the dirty job for which he was procured, spoke of ‘consensus’ when two sets of forms were sold to party members in Osun.”

The action, he affirmed was sufficient to undermine and out to ridicule the integrity of the National Secretariat and bring the party into public disrepute.

While congratulating members of the newly elected APC ward and local government executives, Adebiyi urged them to be up and doing in running the party affairs and assured that that the caucus will pursue injustice done to any of its members. 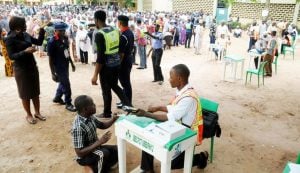 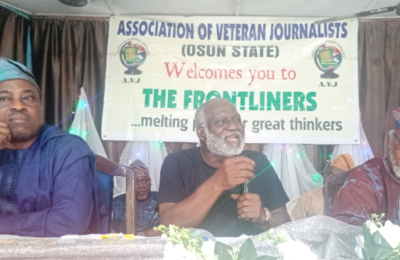