How APC can retain power beyond 2023 – Senate President reveals

President of the Senate, Ahmad Lawan, has given several conditions that would enable the All Progressives Congress retain power during and beyond the 2023 general elections. 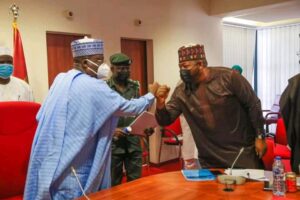 How APC can retain power beyond 2023 – Senate President

The Senate President while receiving a visiting delegation of the All Progressives Congress Youth National Lobby Committee on Thursday in Abuja, said that the APC must ensure youth representation in governance to facilitate active participation in policy matters and decision making processes.

This was contained in a statement Signed by Ezrel TABIOWO, Special Assistant (Press) to President of the Senate in Abuja on Thursday.

Lawan explained that concerted effort must be made by the ruling party to manage its successes by ensuring that it sustains practices that would deepen democracy at all levels.

According to him, delivering on key promises made to Nigerians ahead of 2023 elections, particularly on the provision of critical infrastructure needed for development, remains a way to further boost the confidence of Nigerians in the party.

He said, “When we sit at a table like this, and many decisions will be taken, why can’t we have youth representation? Because that is what will help them understand the logic, the philosophy of such decisions when they are taken and, therefore, they are better prepared to be in a position to do the same when they eventually become leaders, rather than always asking them to go and deal with youth matters.

“You can deal with youth matters, but I believe that you should also be part of major circles of the party.

“APC, at the risk of being very partisan, is blessed more than all the political parties in Nigeria today, because we control the federal government, the two chambers of the National Assembly, we have about 22 or 23 states and majority of state members of the state houses of assembly, chairmen of councils and councilors.

“This is a huge and massive blessing for our party but also a huge responsibility for it, because the party must succeed at the federal level.

“At the states that we control, we must continue to show the best examples on how good governance is enshrined and sustained and, of course, at the council levels.

“If we do that, we will be in power for as long as God wants us to be, and that will be a very long time. I don’t want to risk quoting a figure. PDP did and it became a curse.”

The Senate President further disclosed that the unity of purpose among APC lawmakers is responsible for the cordial working relationship and support which the party enjoys from the opposition Peoples’ Democratic Party in the National Assembly.

“Those of us of APC stock in the National Assembly, they understand right from the start that we had a date with history.

“We had an opportunity to do what is right, that is to work for the betterment of this country, work for our party in government to succeed, and ensure that Nigerians get the best possible dividend of democracy and, therefore, we decided to work together as ambassadors of the party.

“We have achieved that much and, because we are united, we are also able to have a very good and cordial working relationship with the opposition in the Senate and, indeed, the National Assembly.

“But by and large, even the opposition has been supportive of our administration to a very large extent, and that is because our house is in order”, Lawan said.

Speaking earlier, Chairman of the APC Youth National Lobby Committee, Barr. Ismaeel Ahmed, commended the Senate President for ensuring a harmonious working relationship between the National Assembly and Executive, as well as demonstrating “unparalleled commitment to the party”.

According to him, the passage and assent of the Petroleum Industry Bill, the restoration of the budget cycle to January-December timeline, among other critical legislations are historical feats achieved by the APC administration.

He added that the APC Youth National Lobby Committee was suggested by President Muhammadu Buhari and approved by the Chairman of the Caretaker Extra-Ordinary Convention Planning Committee, Mai Mala Buni.

Ahmed explained that the Committee was charged with the responsibility of lobbying APC stakeholders with a view to ensuring that opportunities are provided for young Nigerians in governance. 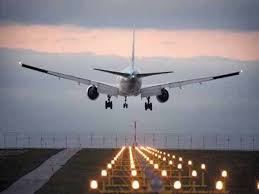 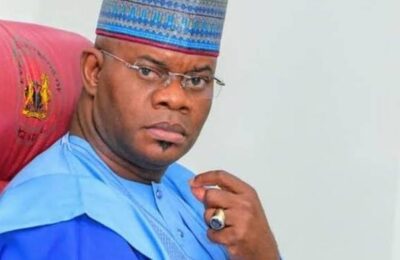 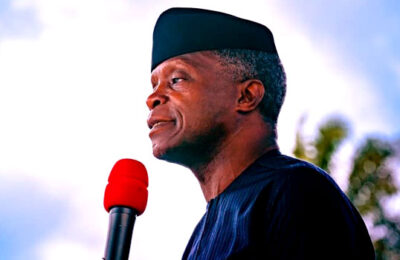