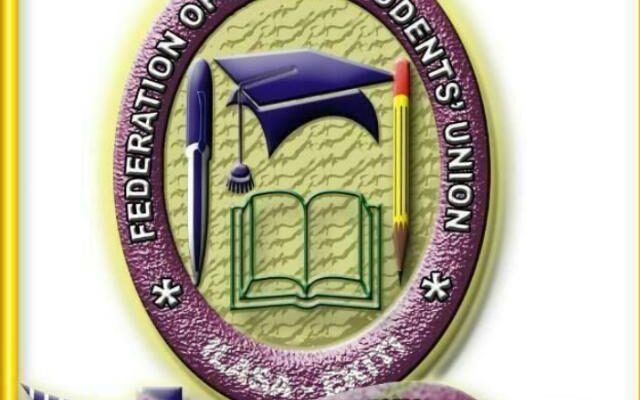 The federation of Ilasa students’ union has written an open letter to the Ekiti state government, demanding for the relocation of the Headquarters Of Ekiti South East local Council To Ilasa.

The union said the students are Most disappointed and dissatisfied with this irregularities that have marred this laudable initiative by the state government and we are disturbed that such move could spur unucecessary and avoidable communal crisis, heat up the state’s political scenery and further worsen the fragile security state of the State at large.

In a statement co-signed by Ogunjobi Omolayo Blessing, Arominiyi Olamide and Alabi Tolulope, the Chairman, Caretaker committee, General secretary and Public relations officer, respectively and made available to VAM News on Sunday.

THE PURPORTED NAMING OF ISAYA AS THE HEADQUARTER OF EKITI SOUTH EAST LCDA: AN OPEN LETTER TO COMMITTEE IN CHARGE OF LCDA, COMMISSIONER FOR LOCAL GOVERNMENT AFFAIRS, HOUSE OF ASSEMBLY, ATTORNEY GENERAL AND COMMISSIONER FOR JUSTICE, STATE EXECUTIVE COUNCIL AND GOVERNOR JOHN KAYODE FAYEMI.

Federation of Ilasa Students’ Union is the umbrella body of all indigenous students of Ilasa Ekiti in all higher institutions, lower institutions inclusive. We’ve been the voice of our members from time immemorial and as a pressure group, we owe it as a responsibility to fight vigorously for the right of our community at large.

2. We write at the instance of the newly established Local Council Development Areas (LCDAs) by the government of Ekiti State under the leadership of Dr. Kayode Fayemi. We view this initiative as an effort in community development and such that will extend the tentacle of good governance to the grassroots. One thus thinks such initiative should not be marred by irregularities, inconsistencies and undue politicisation with the potential of demeaning the vibrant initiative and bringing the face of the governor into disrepute.

3. We are concerned with what is seen as a day light robbery; the purported relocation of Ekiti South East LCDA earlier honourably cited in Ilasa Ekiti, an ancient town, to Isaya, a community that emanated in 2019,about 5 years after Ilasa Ekiti had enjoyed and hosted the headquartership of same LCDA in 2014, during the first tenure of Dr. Kayode Fayemi. We are more concerned that what advantage could a baby community with Grade C Oba have over Ilasa Ekiti, an ancient town with Grade A Oba.

4. Aside the fact that Ilasa Ekiti is in possession of both human and material resources as well as social, cultural, academic and political wherewithal to conveniently host the headquarters of the local council development area, we are also prepared to take the lead this time and assume our rightful position without minding whose ox is gored.

5. At this juncture, we will like to state categorically that we are most dissapointed and dissatisfied with this irregularities that have marred this laudable initiative by the state government and we are disturbed that such move could spur unucecessary and avoidable communal crisis, heat up the state’s political scenery and further worsen the fragile security state of the State at large.

6. We hereby call on the Committee in Charge of Local Council Development Areas, Commissioner for Local Government Affairs, House of Assembly, Attorney General and Commissioner for Justice, and Ekiti State Executive Council under the leadership of Governor John Kayode Fayemi to set machinery in motion to immediately relocate the headquarters of Ekiti South East Local Council Development Area to Ilasa Ekiti, her original abode, failure of which we will not hesitate to take our agitation to the next level and we shall not be part of such irregularity that has characterised the whole arrangement.

7. However, we are peace loving, culturally oriented and law abiding group, but any move to rob our community of her right shall not be treated with kids glove.