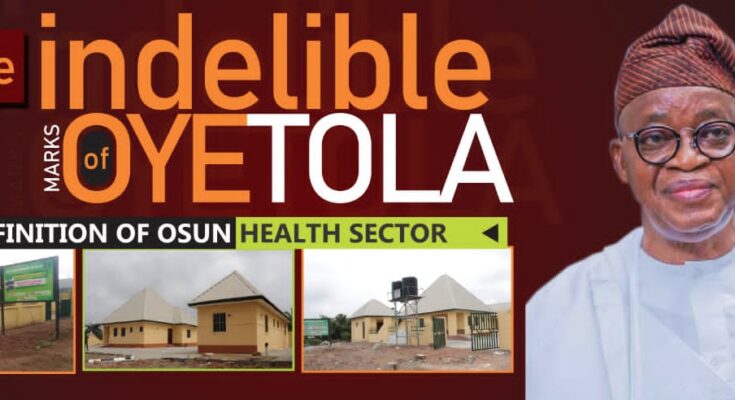 “A healthy State is a wealthy State. Our commitment to primary healthcare in particular will be given impetus as highlighted in our campaign manifesto. We will encourage our people to key into the social health insurance scheme started by the immediate past administration. Our vision is to transform healthcare facilities to centres where our people can access basic health care services, including routine immunization, family planning screening for non communicable diseases.” This was the promise of Governor Adegboyega Oyetola while delivering his inaugural speech on November 27, 2018.

In his first three years, Governor Oyetola has redefined the health sector in the State. Osun is now rated the second best State in terms of quality healthcare delivery across Nigeria, only bettered by Anambra State by slight margin. What a turnaround!

One of the major thrusts of the Oyetola-led Administration is to make healthcare services accessible and affordable to all; an intention he pursued with tenacity. In these years, the governor demonstrated that health is indeed a fundamental human right. Few months into office, Governor Oyetola approved the revitalisation of nine general hospitals and 332 Primary Health Care Centres (PHCS), one per ward across the State. Two of the nine general hospitals have been completed. Also, 305 PHCs have been completed while 27 are at various stages of completion.

Other notable achievements recorded in this sector are:

1. Construction of a 120-bed ward at the State Specialist Hospital, Asubiaro, Osogbo (95% completion).

5. Release of four hundred and seventy-seven million, nine hundred and twelve thousand, three hundred and ten naira (#477,912,310) as premium for the enrolment of vulnerable citizens of the state into the Osun Health Insurance (O’HIS) Scheme.

Release of take-off grant of one hundred and fifty million naira from SOML fund for the operation of Osun Health Insurance scheme.

9. Conversion of part of New Theatre Complex at the State Specialist Hospital, Asubiaro, to a fully-equipped eight-bed Intensive Care Unit (ICU) in the wake of the Covid-19 pandemic.

10. Conversion of part of Mercy Land Hospital, Osogbo, to a fully-equipped 180-bed-Isolation Centre.

12. Accreditation of General Nursing and Post-Basic Midwife programmes at the State School of Nursing and midwifery Asubairo, Osogbo. The immediate implication of this positive development is that the yearly intake of students into the two health institutions has increased from 30 to 75 percent.

13. Accreditation of Health Information Management as well as Dental Therapy programmes at the College of Health Technology, llesa.

16. Construction of a 500-Seat Lecture Room Hall at School of Nursing, Asubiaro, (Ongoing).

Verification
An Osun-based Journalist made an independent fact-finding tour across the three senatorial districts to assess the output of the investment put into the sector. Here is what he reported.

Sometimes in 2020, a study by WellNewMe, a top health technology company that specializes in data gathering and analysing in Nigeria, ranked Osun State as the second state with most efficient healthcare delivery in Nigeria.

The company uses the World Health Organization Standard parameters in gauging the health system. The parameters includes steady financing mechanism, a properly-trained and adequately-paid workforce, well-maintained facilities and access to reliable information that will keep the delivery updated with international best practices. In total sum, Osun was only surpassed by Anambra State.

As a resident of the state, who is aware of the crisis that trailed a comment made by one of the Senators at the national assembly, precisely, Osun East Lawmaker, Francis Fadahunsi on the twenty million US dollars grant for revitalization of the health system in the state, I personally swung into action. The mission was simply to fact-check the report of WellNewMe.

Three communities outside the state capital were chosen and they all belong to semi-urban and rural areas. The decision to leave, Osogbo the state capital where I work and largely stay, is to know if those in rural areas are captured in the quality healthcare that’s reportedly been enjoyed by Osun people, if true at all.

Let me say that it took me several days before I could gather my facts across the three communities.

Healthcare delivery in Osun has been the major achievements that Governor Gboyega Oyetola boast of in his first two years in office. It’s obvious that several dilapidated building or better put, death abode called health centers have taken new look. Everyone sees that. What of the content? Are they experiencing new touches? And most importantly, the output, which is the service to the populace.

These are the sub-areas I added to my theme in order to get to the root of the matter. My first experience was when there was an accident in Ilobu, my hometown. It involves an Okada rider and a pedestrian. The two got injured. As someone who has been in the area for several years, such a situation are expected to be taken to private hospitals in the area as it has been the practice. But these were taken to PHC and the treatment and availability of necessary drugs, equipment and staff were cause for people to accidentally got into discussion around Oyetola’s achievements in health sector.

One man said, “although I don’t like Oyetola but this healthcare revitalization is good. Don’t you know how much Anuolu will bill this people?” Another person interjected, “especially when it’s accident.” The conversation outlived my presence at the scene.

At hospitals where I went, I ensured I mix with those on ground. Both the care givers and their patients. This was to ensure I get adequate information that I wanted and in fairness, they unanimously thanked the governor for the health care revitalization.

At one of the health centers, the matron who I met said, “seriously things have changed in the last eighteen months. They (government) give us regular supply of drugs and other materials. We don’t run out of it before they give us and as you can see it has increased the patronage by over 100%.” When asked about their welfare, the madam said, “that’s why we are thanking the governor. Our salaries come regularly and not half as it used to be before Oyetola. Just help us tell them that they are owning us fifteen months salaries (half in 30 months).”

In another hospital in the Central Senatorial District, the nurses on duty, four of them also praised the Governor. In fact one happened to be from my family compound, so that made her to be free while talking to my team. She said “in fact, it’s another life. It wasn’t like this before. The hospital is very active now. We now have over 80% increment in patronage. The ante-natal has increased and I can tell you Aburo (younger brother) maternal mortality is becoming a thing of past.”

When asked about welfare, she said, “the government has implemented COHESS but let me say that our PAYE (pay as you earn) is becoming too much. About 12,000 naira was deducted from my salary this month. Imagine!”

The narrative was the same in all other hospitals visited. All of them said have remained at the same level since 2010.

I think I should concur with WellNewMe on the standard of healthcare delivery in Osun and also give kudos to Governor Gboyega Oyetola. It shows the investment was in the right direction and it’s now yielding expected results. If we can have it like this at the federal level, maybe medical tourism would have been eradicated.

With these testimonies from the healthcare givers and receivers, it’s safe to say Osun is getting right in health sector. If our Governor can also choose another sector and work on it in his third year because obviously, second year is gone, we may say we’re getting it right. The intracity roads are calling for your attention sir. People going to hospital will also pass through roads. 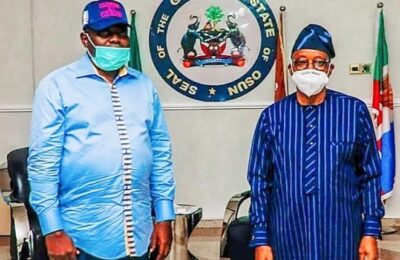 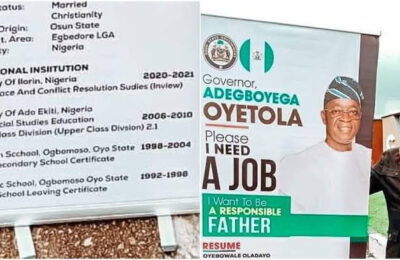 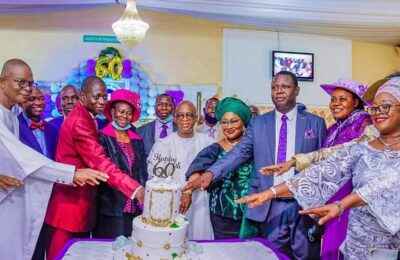