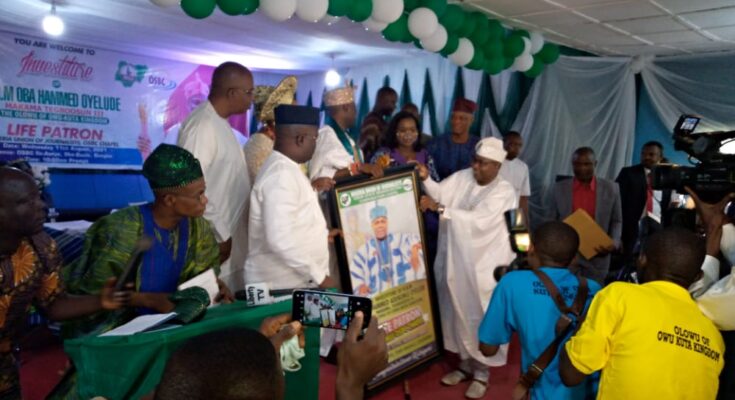 The Olowu of Kuta His Royal Majesty, Oba Oyelude Adekunle Makama (Tegbosun III), has been installed as the Life Patron of the Osun state broadcasting corporation (OSBC) of the Nigeria Union of Journalists Osun State chapter, today.

VAM News reports that the union honored the Monarch as patron following his notable and well meaning contributions for the chapel, Osun state and country at large.

During the event,, the chairman of OSBC NUJ chapel, Mr Tunde Adeyemo described Oba Oyelude Adekunle Makama as extra – ordinary Royal Father who has touch so many lives with his kind gesture towards people and the love shower Journalists and that why the chapel bestowed on him the life patron of the union in order to recognized his contributions and fanaticism towards journalists in the State and Nigeria at large.

In his word; the Monarch is such an epitome of a genuine leader who leaves no stone unturned in giving excellent leadership and unparalled representation of your people.

“As a symbol of visionary leadership you have touched many lives directly or indirectly through your phenomenal leadership style.

“Your aspiration is to be one of the builders of a world of equality, a world where diversity is respected and value for people’s lives is Paramount. A world where religion and culture are not used as weapons of dispute and destruction, where leaders serve and not steal, where everyone does not pretend to love each other but does so straight from the heart.

“Prosperity will not forget you as you have started putting your name on the Stone -Tablet of History through a dint of hard work, dedication to a just course, commitment to a noble assignment of your father land.

“We celebrate you and share in your joy as you received this honour bestowed on you today by Osbc NUJ Chapel as the Life Patron of the union.”, Adeyemo said.

He urged the royal father not to deterred in helping the people around him. He said.

While delivering his speech, Oba Oyelude appreciated the NUJ OSBC Chapel for bestowed on him the life patron of the union award, he promised not to be deterred in helping the people and given support to journalists. 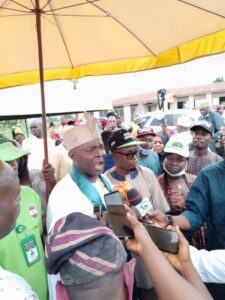 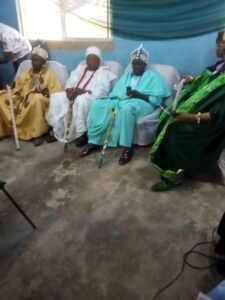 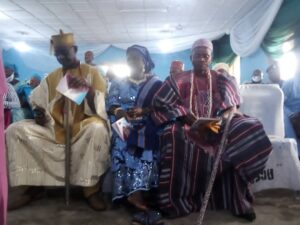 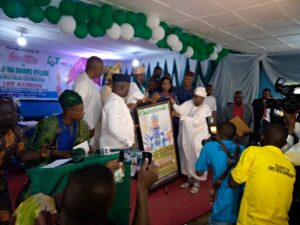 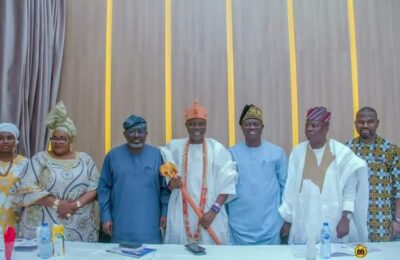 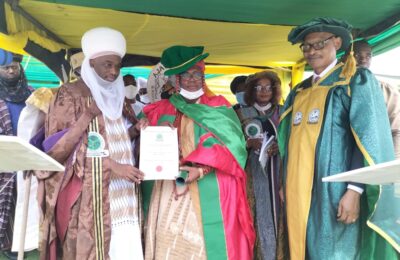 Investment In Education Is The Best Way To Secure The Future, Says Owaloko As Osun Monarch Bags Honorary Doctorate Degree From MOUAU 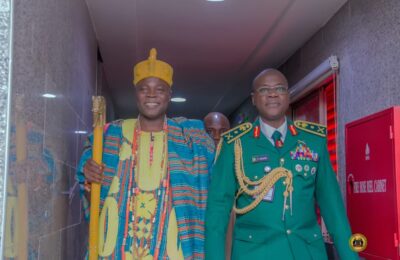