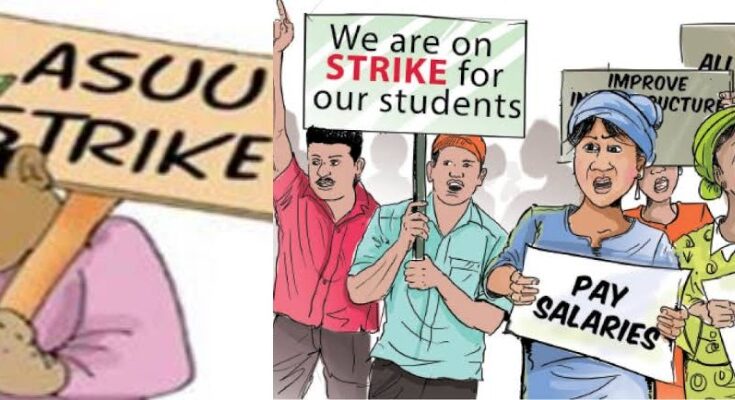 The Academic Staff Union of Universities has said it will meet with the Federal Government on Friday to avert another round of strike in federal universities.

The National President, ASUU, Prof Emmanuel Osodeke said that the union was invited by the Ministry of Labour to discuss issues surrounding the Memorandum of Action, which was signed with the Federal Government in December 2020.

The spokesman for the Ministry of Education, Ben Gong had during the week challenged the union to be more specific in its allegations that the government had violated agreements it reached with the union.

He pointed out that the University Transparency and Accountability Solution, which was developed by ASUU, could not deduct tax.

However, Osodeke, explained the last time the union met with the government was around March/April, adding that it was the Minister of Labour, Dr Chris Ngige, who invited the officials to Friday’s meeting.

“Three weeks ago, we met with the Minister of Labour, who said we should give him two weeks and he has finally invited us to a meeting on Friday. The spokesman for the Ministry of Education, Goon, has hatred for this union; he just pushes out lies without consulting. Ask him when you see him, has the ministry ever invited us since the MoA was signed to say they have done this and couldn’t do that?”

Osodeke said ASUU never said it would go on strike, but was calling on the government to do the needful.

“I have not mentioned strike; what we have said is that we have issues, which the Federal Government has not resolved and I hope that they will resolve them before the next ASUU NEC meeting in August, where we will decide on what to do. I have not used the word strike. It is when NEC meets that we will decide on what to do, but it seems that the press and Nigerians always interpret it as a strike,” he added.