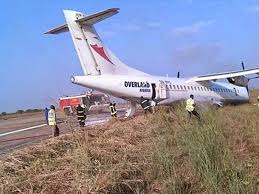 Scores of passengers narrowly escaped death on Saturday as a plane crash-landed at Ilorin Airport.

VAM News reports that many passengers, including prominent Nigerians, narrowly escaped death on Saturday as an aircraft in the fleet of one of the major airlines in Nigeria crash-landed at the runway of the Ilorin International Airport, Kwara State.

It was, however, learnt that the runway of the Ilorin Airport has been closed to traffic.

It was gathered that all flights to Ilorin have also been cancelled until evacuation of the plane.

It was further gathered that the aircraft landed at about 9.30am on Friday morning in Ilorin from Abuja.

It was gathered with the impact of the crash, the plane could not taxi to the tarmac.

VAM News learnt that in the last 24 hours, the runway of the airport had been closed to traffic.

It was gathered that all the traumatised passengers were successfully evacuated from the runway.

As of the time of filing this report, efforts were being made to relocate the plane from the runway.

According to a source, the process of moving the plane from the runway was slow, saying “it is a bigger aircraft” as the Ilorin Airport officials have no equipment to move the plane.

In the process of removing the aircraft. We have been on it for 24 hours,” the source added. 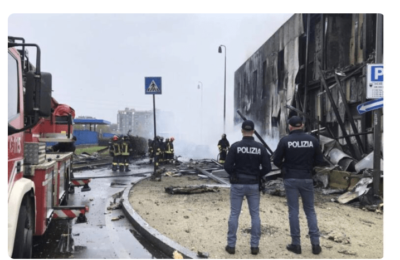