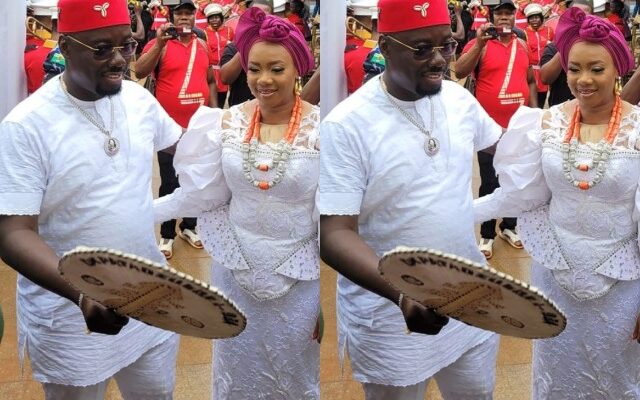 The Department of State Services, DSS, has cautioned Nigerians against lavish display of their wealth in public, warning that flaunting wealth was a great risk.

DSS Deputy Director Security Enforcement in Kwara Command, Paul Oduh, gave this warning during a paper presentation entitled: “Security tips for health practitioners in Kwara”, at a symposium organised by the state branch of the Nigeria Medical Association (NMA), on Friday.

The Deputy DSS director said, “People must adopt moderate lifestyles so as not to fall prey to these criminal elements.”

The admonition is coming barely a week after the Chairman of Cabana Group, Obinna Iyiegbu popularly known as Obi Cubana shut down Oba, Idemili-South Local Government of Anambra Statefor the burial of his late mother, Ezinne Iyiegbu.

VAM News recalls that the billionaire club owner became talk of the town after he buried his late mother, Ezzine Iyiegbu in grand style, in what many have called a lavish display of wealth .

He further cautioned against negative habitual routines, such as keeping late nights and driving on a particular route every time.

“The country is ravaged by insecurity on a daily basis. However, people should not despair, security should be the concern of all people and they must be enlightened on it,” he said.

“Security can never be 100 per cent everywhere in the world. People should be knowledgeable enough on those things they can do to protect themselves.

“Security denotes free from danger and protection of lives and property where individuals can pursue their lawful activities.

“There is a need to accept that threats exist and people are targets of these threats. This is why people should put in place measures to safeguard themselves from such threats,” he said.