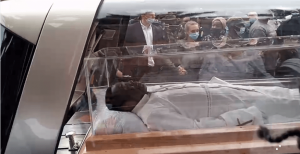 It was an outpour of eulogies and tributes for Prophet TB Joshua as government officials, dignitaries attended the main laying-to-rest service for the founder of the Synagogue Church of All Nations (SCOAN).

The interment service of the clergyman who died in June is being held at SCOAN in Ikotun area of Lagos state on Friday, July 9.

The founder of SCOAN will be laid to rest after a short service in the church auditorium.

Photos shared on SCOAN’s Facebook page, indicates that many dignitaries including pastors attended the funeral.

Also in attendance at the interment ceremony were Tee mac, Byron Cage, and Shirley Murdock who gave outstanding musical performances.

1. The governor of Ondo state, His Excellency Rotimi Akeredolu

3. Olori Naomi Adeyeye Ogunwusi, the wife of the Ooni of Ife

7. Bishop Trevor Williamson from The Bahamas

9. Ayoob Kara, president of the Economic Centre for Peace, Israel

Meanwhile, hundreds of people were seen trying to have a glimpse at the corpse of the late pastor and pay their last respects to the departed cleric. 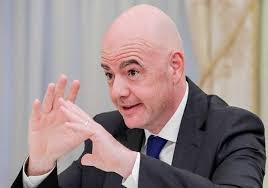