The acclaimed Yoruba activist disclosed that he is currently in his house at Ibadan, the Oyo State capital.

Recall that DSS was invaded Igboho’s house on Thursday, two persons were killed and 13 persons were arrested.

VAM News reports that the DSS had declared Sunday Igboho wanted after it allegedly recovered arms and ammunitions from his Soka, Ibadan residence on Thursday.

Consequently, the DSS told Sunday Igboho to surrender himself to any nearest security agency or the law will catch up with him sooner or later.

But late on Friday evening, a report went viral on social media medium claiming that Igboho was arrested by the DSS at the Sat Guru Maharaj Ji Camp and had been taken to Abuja.

Igboho’s aides, as well as those close to Guru Maharaj Ji, told Newsmen in separate interviews that the story was not true.

Igboho also debunked his rumoured arrest in a recorded voice message played on Facebook by his media aide, Olayomi Koiki, during a live show at about 11:59 pm on Friday.

Igboho, who spoke in Yoruba language, said he was still at his house in Ibadan.

Meanwhile, one of Igboho’s maternal uncles simply identified as Alfa was said to be one of those killed during the invasion of his residence by DSS operatives.

Our reporter gathered that Alfa was a younger brother of Igboho’s mum.

One of Igboho’s aides, who spoke on condition of anonymity, said that Alfa was on a visit to the house and was praying when the security agents stormed the house and opened fire there.

The second person who was shot dead during the raid on the house was identified as Saheed, popularly known as Adogan.

Adogan, was said to have hailed from Osogbo, the Osun State capital, where Igboho has business interests.

The source said that Adogan was popular around Alekuwodo and that his killing had been described as a sad incident among Igboho’s aides.

The source said, “You know that people were always many in the house. There are even some persons there that the chief does not recognise. Getting their full identities is difficult.

“But the Alfa that cane on a visit from Ogun State was chief’s uncle. He was praying when the soldiers and DSS arrived and started shooting. He was shot and he died there. His corpse was taken away.

“Adogan was also shot dead. His death pained everybody. He hailed from Osogbo, Alekuwodo area. His first name is Saheed, but I don’t know his surname.” 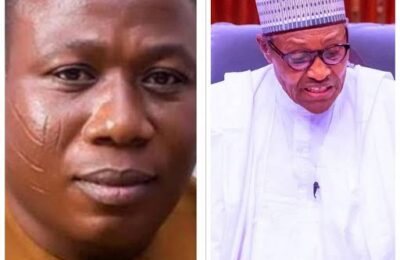 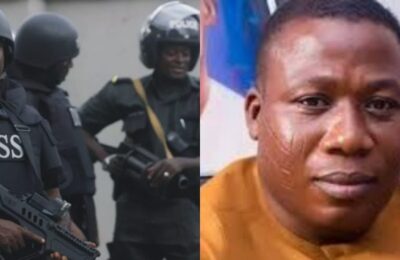 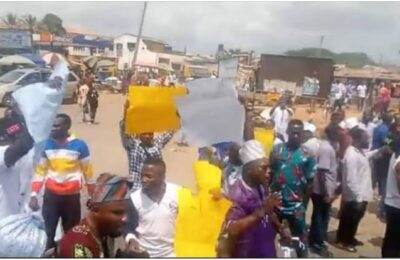