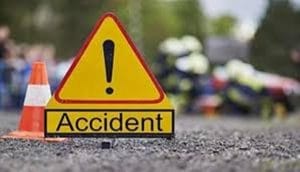 Three men, who were said to have snatched a Toyota Camry at gunpoint in Ondo State, have had an accident in Ogun State while escaping with the stolen car.

Policemen from Ode-Remo divisional headquarters had rushed to the accident scene and rescued the victims to a hospital.

VAM news has learnt that the cops were later alerted that the victims were suspected armed robbers.

The Ogun State Police Public Relations Officer, Abimbola Oyeyemi, said the incident happened on Sunday, Oyeyemi said, “the suspects were coming from Ondo State, heading towards Lagos, but on getting to a point at Ode-Remo, due to dangerous driving, the vehicle hit a culvert and somersaulted.

The police spokesman explained that the three occupants were in the hospital when the DPO of Ode-Remo, CSP Fasogbon Olayemi, received information that the Toyota Camry they drove was snatched at gunpoint.

“Having received the information, the DPO quickly ordered that they be placed under arrest right in the hospital.

“The owner of the vehicle who came all the way from Ondo State explained that, he was accosted on the road by a gang of five men dressed as policemen and that he was dragged out of the car at gunpoint and the vehicle taken away,” Oyeyemi added.

DAILY POST reports that one of the suspects, Emeka John, died while receiving treatment.

The other two suspects, Sunday Emmanuel and Idris Ibrahim would be transferred to state CIID on the order of Edward Ajogun, the State Commissioner of Police. No case of kidnapping on Lagos-Ibadan Expressway , Police reports 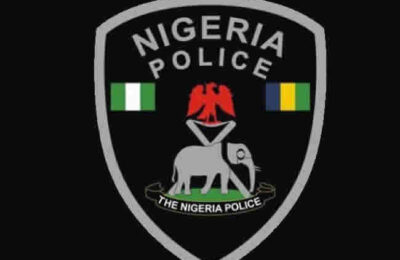