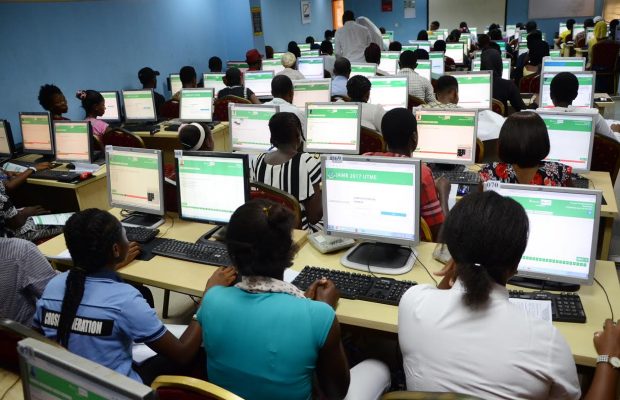 VAM has learnt some candidates who sat for this year’s Unified Tertiary Matriculation Examination (UTME) in Maraba and some parts of the nation’s capital, Abuja, have complained of some slight technical issues at their Computer Based Centre (CBT), while some described the exercise, as peaceful and hitch-free.

They made the remarks, while speaking to the News Agency of Nigeria (NAN), who monitored the exercise in Abuja and Mararaba on Saturday.

Some of the candidates said that they were made to sit for the examination after having been thoroughly checked by security agents and JAMB officials.

At the Royal Midland CBT centre in Maraba, a candidate, Ayuba Perez, disclosed that the centre experienced a power outage which delayed the examination.

“But there was a slight computer problem when the power was shut down and they’ve to start the generating set to put on the power. So this delayed the progress of the examination.”

Also at the Royal Midland CBT centre, Anita Haruna, said the examination went smoothly but only experienced delay when the power was shut down.

Haruna disclosed that she finished her examination successfully but only started late while praying that she comes out high flying.

However, one of the Supervisor for Royal Midland CBT centre, Mrs Queen Obepa, lamented that the examination didn’t commence as scheduled but every technical hitch was however fixed.

Obepa disclosed that not all the candidates were able to start at the same time because of the technical hitches saying that twenty-seven candidates were delayed in writing as they did not start on time.

She said, “We didn’t start on time as the generator had issues and we’ve resolved it. We were here yesterday and everything worked well but on getting here today, we experienced this problem.

“The generator shut down and it took time to bring it back so we wasted like one hour to fix it.

“This centre has 245 candidates for the morning session and 245 for the afternoon session.

“We could not capture one person so he was asked to go back and contact JAMB and we also have somebody that came in late and she wasn’t able to write the examinations.”

ALSO READ  JUST IN: ASUU Threatens to Embark on Strike

At the Global Distance Learning Centre in FCT, candidates commendeJAMB for the quick response in attending to issues during the examination.

Aisha Mouhktar, a candidate at the centre, told NAN that the examination went smoothly without any problems.

Mouhktar said, “We were given instructions on how to start. The examination was good as expected as there were no technical issues.

“At this centre only a candidate that could not submit his questions and prompt action was immediately taken to help him out.”

Meanwhile, speaking with newsmen, JAMB High Power Opinion Leaders, Mr Abdulrahman Balogun, revealed that some centres he monitored had technical issues while some were free from technical issues.

He said, “Some are having technical issues like the Junior Secondary School in Jikwoyi . For almost one and half hours, the system packed up so they’ve to quickly bring in some of their technical staff to ensure it.

“As at the time I left the place at 9:18 am, they are still working on it which means they haven’t started as they said they want them to start at the same time.

ALSO READ  UNICAL Gives Ultimatum To 42,000 Graduands Yet To Collect Their Certificates, Reveals Next Action

“If not they would have allowed those that their systems are working to start but coming to Global Distance Learning the story is different. The systems are working, arrangements were so perfect, the facilities were in good shape and it’s a good effort for JAMB.” 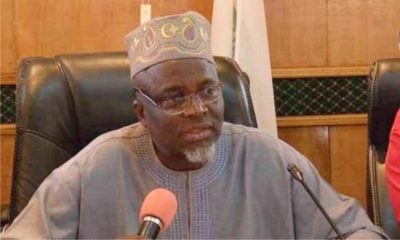 JAMB Registrar, Oloyede Discloses Cause Of Mass Failure In 2021 UTME