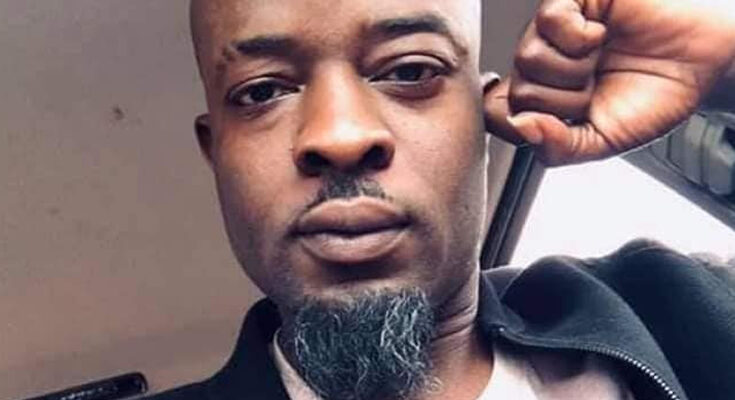 Alhaja Salmot Azeez, mother of Ramon, a phone seller, was stabbed to death when some members of the National Union of Road Transport Workers (NURTW), otherwise known as Park Management System (PMS) clashed with shop owners in the Iwo Road area of Ibadan, the Oyo State capital on Wednesday evening, June 16, has demanded justice.

The deceased’s mother, who spoke with newsmen on Friday called for the arrest and prosecution of the perpetrators and killers of her 37-year-old son.

“I don’t know what I did to those who killed my son.

“I was not there, but people kept calling me. They told me that Ramon had been stabbed to death.

“Government should fish out the killers of my son, and ensure that the perpetrators are brought to book. I want justice,” she said.

The grieving mother wondered why someone would stab her son to death without committing any crime or fight anyone.

“My children are graduates. The late Ramon finished from Lead City University in Ibadan. My first son, Ahmed, whom they were trailing that day, graduated from a University in London.

“My first son said he doesn’t want to work in London, so I gave them shops in my complex to sell phones. That is how they started their business. They are not cultists, but phone sellers,” she said.

Ahmed, the elder brother of the deceased, recounted his ordeals in the hands of the PMS boys, saying that he was the one they were trailing.

“I was lucky to escape. Basically, I was the one they were after. If they were able to lay their hands on me that day, I won’t be here talking to you.

“Look at us now, we are mourning our brother. We cannot go back to our work.

“What is this? Is this a society? What kind of leaders do we have? We want justice,” he said.

Mr Adebayo Adekoya, who spoke on behalf of the family said that the late Ramon was never a cultist, and has no crime record in any police station in the state.

“What we want from the government is justice, nothing but justice. Video evidence and other media evidence are available to justify these claims,” he said.