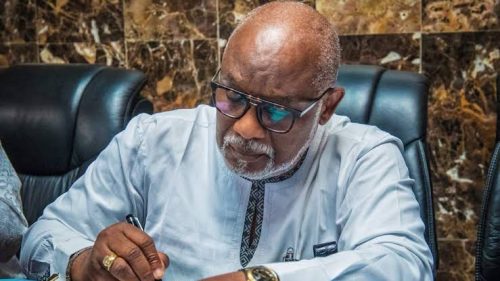 A Federal High Court in Abuja has set aside all steps taken by Ondo Governor, Attorney General and the House of Assembly in relation to the probe of allegations of official misconduct raised against Ondo Chief Judge, Justice Oluwatoyin Akeredolu in a viral video made by one of her relatives, Olupelumi Fagboyegun.

Fagboyegun had, in the video that was made public on social media, accused Justice Akeredolu of among others, abusing her office and influencing his prolonged detention.

In a judgment on Thursday, Justice Inyand Ekwo upheld Justice Akeredolu case, to the effect that the governor, the AG and the House of Assembly lacked the constitutional powers to engage in the probe of the allegations of official misconduct made against the state’s Chief Judge by Fagboyegun in his video.

ALSO READ  Ondo Workers to Akeredolu: We are no longer accepting half salaries

The judgment was in the suit marked: FHC/ABJ/CS/2016/2021 filed by Justice Akeredolu against the Ondo State Governor, the National Judicial Council (NJC), the Attorney General of the Federation (AGF), Ondo AG, the state House of Assembly and the Inspector General of Police (IGP), alleging that the Ondo governor, AG and House of Assembly were plotting to remove her from office.

Justice Ekwo held that there is no law that empowers the Ondo AG or the state governor to conduct any investigation in relation to allegations of official misconduct against the State’s Chief Judge and recommend such investigation to the House of Assembly.

He further held it is only the NJC that is empowered under the Constitution to probe allegations of official misconduct against any judge.

The judge granted among others, an order of perpetual injunction, restraining all the defendants from further taking any steps in relation to the case. 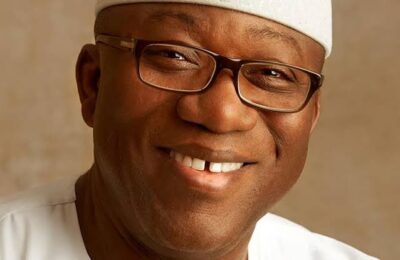 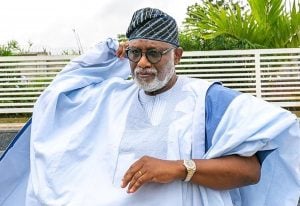