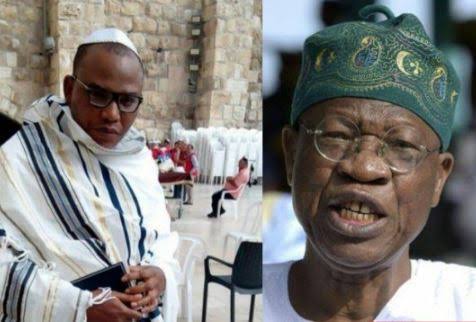 The Federal Government has said that Twitter rejected its demand to delete the account of the leader of Indigenous People of Biafra, IPOB, Nnamdi Kanu.

He said it was unfair to conclude that Twitter was suspended in the country because President Muhammadu Buhari’s message was deleted.

He accused Twitter of consistently offering its platform to promote agenda that were inimical to the corporate existence of Nigeria, adding that the government was unambiguous that the action was taken because the platform was being used to promote the views of those who wanted to destabilise the clime.

“Twitter has become a platform of choice for a particular separatist promoter.

“The promoter consistently used the platform to direct his loyalists to kill Nigerian soldiers and policemen, run-down INEC offices and destroy all symbols of Nigeria’s sovereignty.

“Every attempt to persuade Twitter to deny its platform to this separatist leader was not taken serious,’’ he said.

It would be recalled that Twitter had last week deleted a tweet by the leader of the Indigenous People of Biafra, IPOB.

Nnamdi Kanu had vowed that any soldier sent to the Southeast by the Nigerian Government will die.

TAGFG Lai Mohammed Nnamdi Kanu Twitter
Previous PostHuge Businesses that Can Be Set Up In Nigeria With NYSC, NPower Monthly Stipend Next PostInsecurity: You Can't Shift your Duty to States - Wike Replies Buhari