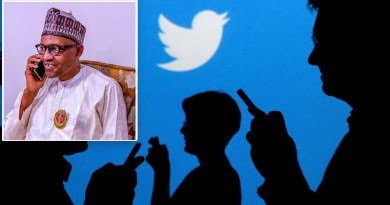 The Attorney General of the Federation and Minister of Justice, Abubakar Malami, has directed for immediate prosecution of offenders of the Federal Government ban on Twitter operations in Nigeria.

This is contained in a statement by spokesman to the minister, Umar Gwandu.

On Friday, Lai Mohammed, minister of information, announced the indefinite suspension of Twitter.

Twitter’s suspension by the federal government came two days after a post by President Muhammadu Buhari on the 1967 civil war was deleted by the microblogging platform.

Malami statement read: “Malami directed the Director of Public Prosecution of the Federation, DPPF, at the Office of the Attorney General of the Federation and Minister of Justice, to swing into action and commence in earnest the process of prosecution of violators of the Federal Government de-activation of operations of Twitter in Nigeria.

“Malami directed the DPPF to liaise with the Ministry of Communication and Digital Economy, National Communication Communication, NCC and other relevant government agencies to ensure the speedy prosecution of offenders without any further delay,” the statement said.

Nigerians have been able to use virtual private network (VPN) to bypass the ban by the federal government.