Home National Match Your Words With Actions; Lead The Fight From The Front, PDP Reacts To Buhari’s Threat 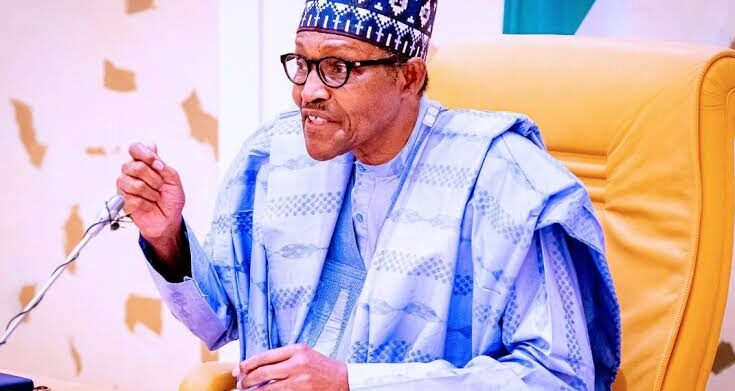 Match Your Words With Actions; Lead The Fight From The Front, PDP Reacts To Buhari’s Threat

The President, Major General Muhammadu Buhari (retd.), on Tuesday, warned people behind security problems in the country, saying he would soon be hard on them.

Buhari also said secessionists were too young to know loss of lives and other tragedies that attended the Nigerian civil war of 1967 to 1970.

Buhari said these at the Presidential Villa, Abuja after being briefed by the Chairman of Independent National Electoral Commission, Prof Mahmood Yakubu, on series of attacks on facilities of the electoral body across the country.

These were contained in a statement by the Special Adviser to the President on Media and Publicity, Femi Adesina, titled, ‘Those who want to destroy this country have shock coming their way, says President Buhari.’

But the opposition Peoples Democratic Party, in its reaction, advised the President to stop issuing threat and act decisively to end insecurity in the country.

Since the President’s reelection in 2019, the insecurity in the country has worsened with many parts of the North-East under attack by the Boko Haram insurgents.

Others zones, which were hitherto peaceful, have been witnessing kidnapping and killings by armed herdsmen and bandits.

After his meeting with the INEC chairman and commissioners on Tuesday, Buhari issued a stern warning to those who were eager to decimate the country by promoting insurrection and burning down critical national assets.

He said, “I receive daily security reports on the attacks, and it is very clear that those behind them want this administration to fail.

“Insecurity in Nigeria is now mentioned all over the world. All the people who want power, whoever they are, you wonder what they really want.

“Whoever wants the destruction of the system will soon have the shock of their lives. We have given them enough time.”

Speaking on the dangers that the burning of INEC facilities would pose to the 2023 general elections, Buhari said he would give the electoral commission all it needed to operate.

“We will fully support INEC so that no one would say we don’t want to go, or that we want a third term. There will be no excuse for failure. We’ll meet all INEC’s demands,” he said.

The President told the chairman that the service chiefs and the Inspector-General of Police had been changed, “and we will demand security from them.”

Buhari also said people misbehaving in certain parts of the country were too young to understand the travails and loss of lives during the Nigerian Civil War.

The statement read, “He (the President) said those misbehaving in certain parts of the country were obviously too young to know the travails and loss of lives that attended the Nigerian Civil War.”

It further quoted the President as saying “Those of us in the fields for 30 months, who went through the war, will treat them in the language they understand. We are going to be very hard sooner than later.”

He promised to continue leading Nigeria by the constitutional provisions.

In his remarks, Yakubu said that so far, there had been 42 cases of attacks on INEC offices nationwide, since the 2019 general elections.

He said, “The 42 incidents so far occurred in 14 states of the Federation for a variety of reasons…Most of the attacks happened in the last seven months, and they are unrelated to protest against previous elections.

“From the pattern and frequency of the most recent attacks, they appear to be targeted at future elections. The intention is to incapacitate the commission, undermine the nation’s democracy and precipitate a national crisis.”

The PDP in its reaction to the President’s statement asked him to match his words with actions and lead the fight against insecurity from the front.

National Publicity Secretary of the PDP, Kola Ologbondiyan, stated this in an interview with one of our correspondents.

He said, “On the issue of security, the expectation of Nigerians is that Mr. President should lead the battle against insecurity from the front like he promised during his electioneering.

“But the inactions of Mr President today are responsible for the deluge of insecurity that has affected our nation. The expectation of Nigerians furthermore, is that these challenges should not be limited to the issues of lip talk; rather, they should be confronted so that Nigerians can sleep with their two eyes closed.”

On the 2023 elections, the PDP spokesperson said, “The least Nigerians expect from the President for INEC to function optimally, is for him to revisit the Electoral Act amendment which he refused to assent to.

“He should dust it up and return it to the National Assembly if there are further amendments they should be included. Let them work on it and return it to him to sign into law so that our elections will be better.

“Mr President should also encourage INEC to institutionalise the electronic transfer of results in order to forestall problems that arise in the process of collation. This is not too much to ask.

“As a political party interested in the corporate existence of this great country, we are prepared like we have always done, to offer advice and assist in every legitimate way to help Nigeria overcome its challenges.”

On its part, the All Progressives Congress said it had no interest in trading words with the PDP over what the President said.

When contacted, the Acting National Secretary of the All Progressives Congress, Senator John Akpanudoedehe, said, “Our President has spoken, there is nothing more to add.”

Giving further insight into INEC’s meeting with Buhari, a National Commissioner and Chairman of its Information and Voter Education Committee, Festus Okoye, in an interview with The PUNCH, said the commission told the President that there would be a constitutional crisis in 2023 if the attacks on the agency’s facilities were not checked.

He said INEC chairman told the President that burning of INEC offices would have negative effects on future elections as ad hoc staff including transporters would be scared of working for the commission.

Okoye said the commission told the President that persons behind burning of the offices were bent on undermining the nation’s democracy and precipitate a national crisis.

According to him, the INEC chairman told the President that since the majority of election duty workers were ad hoc staff, the cost of insuring them would increase on account of the crisis.

Okoye stated that Yakubu informed Buhari that since the commission relied heavily on private vehicles and boats owners for the movement of materials, the crisis would discourage such people from participating in elections.

He said, “The Chairman of the commission, Professor Mahmood Yakubu and other national commissioners met with the President, His Excellency Muhammadu Buhari today June 1, 2021 and briefed him on the spate of attacks on the commission’s offices and facilities nationwide and their implications for elections and electoral activities in Nigeria.

“The chairman pointed out that there have been 42 cases of attacks on INEC offices across the country since the 2019 general elections.

“He further informed the President that from the frequency of the most recent attacks, they appear to be systematic, coordinated and targeted at future elections. The intention, he pointed out, is to incapacitate the commission, undermine the nation’s democracy and precipitate a national crisis.

“The chairman painted a clear picture of the implications of the challenges inherent in targeting the offices of the commission and bringing down its facilities including the huge investment in building the national electoral infrastructure and the difficulty in replacing them in the immediate and in the future.

“The chairman further pointed out that the commission relies heavily on private vehicles and boats for the movement of materials and that the crisis will discourage the partnership with them. He stated that the majority of election duty staff are ad hoc staff and the cost of insuring them will increase on account of the crisis.

“Furthermore, the cost of conducting elections will increase astronomically if staff and facilities are targeted. Fundamentally, if the commission is unable to conduct elections, there is a likelihood of a constitutional crisis.

“The chairman also briefed the President on remedial actions already taken by the commission and sought the President’s intervention in view of the urgency of the situation.” 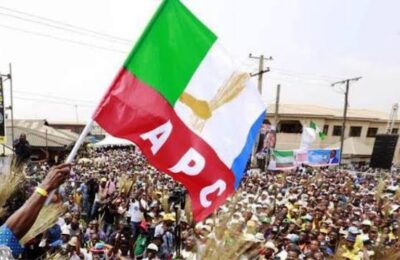 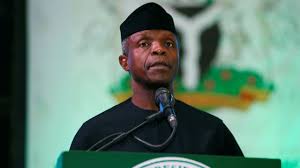